DONG Energy, the global leader in offshore wind, will build a new operations and maintenance (O&M) facility in Kings Wharf, Seacombe to serve its two offshore wind farms in the area. 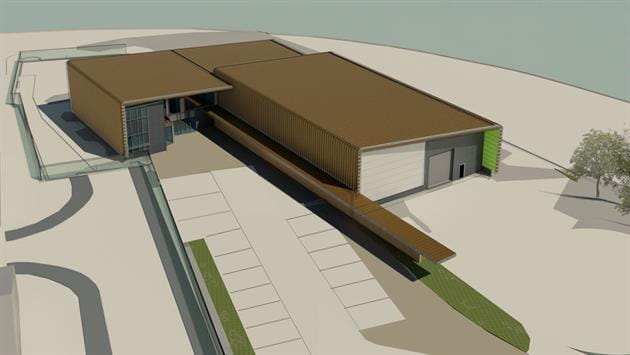 Up to 75 jobs will be created during the construction of the facility, while around 45 people will be permanently employed at the site once it is operational.

About DONG Energy:
DONG Energy (NASDAQ OMX: DENERG) is one of the leading energy groups in Northern Europe, headquartered in Denmark. Around 6,700 ambitious employees, including over 600 in the UK, are engaged in developing, constructing and operating offshore wind farms; generating power and heat from our power stations; providing energy to residential and business customers on a daily basis; and producing oil and gas. Group revenue was DKK 71bn (EUR 9.5bn) in 2015. For further information, see www.dongenergy.co.uk or follow us @DONGEnergyUK on Twitter.

As part of the development, DONG Energy has committed to carry out work on the river promenade adjacent to the site which will improve the public amenity. This scheme has been developed through close cooperation with Wirral Council.

The announcement comes during the International Festival for Business 2016 in Liverpool, of which DONG Energy is an official supporter.

"I am delighted to announce that we are building this fantastic new facility in Merseyside to serve our offshore wind farms in the area. DONG Energy is committed to investing in the UK and we are very proud to be playing an important role in the redevelopment of this part of Kings Wharf.

"The site offers excellent offshore access and flexibility, which is exactly what we need to efficiently operate and maintain our wind farms. It is great to confirm this significant investment during the International Festival for Business as well. The festival is really highlighting all the positive activity currently happening in the North West."

"This is another step towards establishing Wirral and the wider city region as a leading player in the renewable energy sector, and we look forward to further close partnership work with DONG Energy.

"The development will not only create jobs and bring new skills and expertise to the area in line with our Wirral Plan 2020 pledges; it regenerates a site in an important docklands location."

Vessels are expected to be operated from the Seacombe Mersey Ferries terminal. Discussions are progressing with Merseytravel with a view to entering into a long-term agreement for shared use of the terminal to facilitate daily vessel access.

"We are continuing our positive conversations with DONG Energy over the potential to share facilities. We would welcome such arrangements as not only does it help reduce the cost of the Mersey Ferries to the public purse – one of the key aims of our 20 year Mersey Ferries strategy, it also supports a new employer for the region and the benefits that will bring."

The whole facility will comprise an area of approximately 1,800 square metres. Enabling works for the site are currently underway and the main contractor is expected to commence construction later in the year with completion scheduled for mid-2017.

Burbo Bank has been operational since 2007 and has a total capacity of 90 megawatts (MW). Burbo Bank Extension is currently under construction and is expected to be fully operational in 2017. It will have a capacity of 258 MW, generating enough electricity to power approximately 230,000 homes.