Eight offshore wind technicians from the Humber area are about to start work on the installation of wind turbine foundations at DONG Energy's Race Bank offshore wind farm. 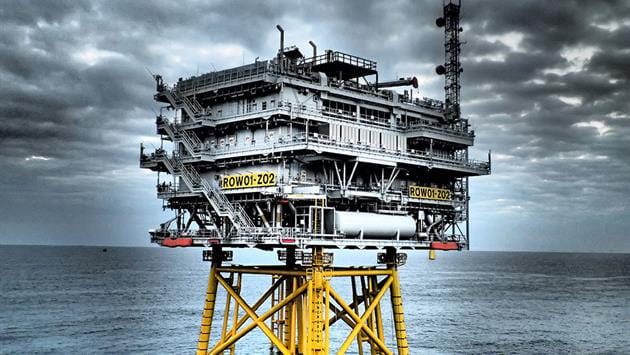 Race Bank is located off the North Norfolk coast and is being built out of DONG Energy's construction base in the Grimsby Fish Docks. The offshore wind farm will consist of 91 wind turbines in total and each turbine is 177 metres tall.

With the first of two offshore substations – which link each turbine to the main export cables that transmit electricity back to shore – now complete, work will begin on the installation of the second substation and the foundations for the huge 6 megawatt (MW) turbines.

"It's fantastic to have eight local technicians being part of this vital stage of construction. They have been trained to the highest standards for working offshore and have a crucial role to play."

"Being given this opportunity to work with a fantastic team at Race Bank has been a brilliant chance for a local lad to be a part of the growing renewable energy trade.

"This is my first construction job within the industry, so I am very excited to broaden my horizon and learn the job from the start of the project. I have been given full training and support, and I am looking forward to my future with DONG Energy."

"Being employed by DONG Energy has proven to be a great opportunity to further my professional career within the renewable sector. As an offshore wind technician, the company has provided first class training to enable me to carry out my job at the safest and highest standard.

"The team I work with are both dedicated and highly motivated. DONG Energy has invested heavily in the local area and it has been great to be part of that."

The Race Bank technicians have all been through full Global Wind Organisation (GWO) training including sea survival, turbine rescue from height and firefighting, allowing them to access the offshore site. Alongside this, they have also received specialist training to allow them to carry out an array of tasks involved in completing the offshore work successfully.

Work is expected to be completed in the latter part of 2018.

When operational, Race Bank will have a capacity of up to 580 MW and will produce enough electricity to power over half a million UK homes every year.