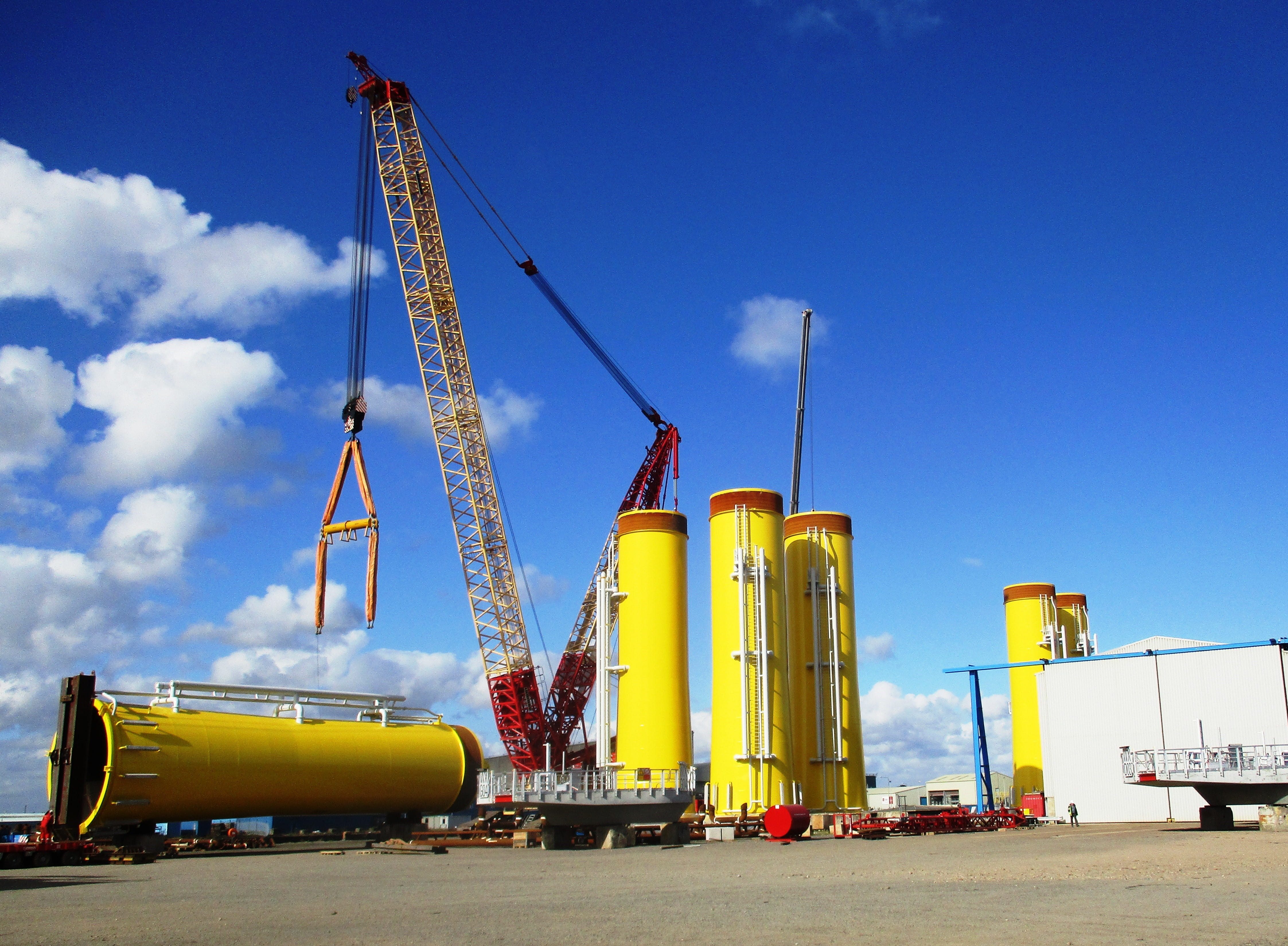 Steelwind Nordenham, a subsidiary of Dillinger, will supply the offshore windfarm with 20 transition pieces, using Teesside-based Wilton Engineering Services Limited, to provide a significant part of the scope including outfitting, coating and load-out.

Duncan Clark, Hornsea Project One Director, said: "We are delighted to be working with Steelwind again and it's great to see UK firms like Wilton Engineering build their capabilities to supply the offshore wind industry."

Duncan continued: "Hornsea Project One will be the biggest windfarm in the world and will benefit all of the UK with over 1GW of green electricity. As we work with more UK firms on these multi-million pound contracts we're really seeing the regional benefits too, such as job creation and economic growth. For these firms, this could be the start of a lucrative journey as the offshore wind industry is growing very quickly. The growth is not limited to the UK so as well as supporting projects here, firms that are able to demonstrate their ability could potentially look forward to export opportunities too."

Transition pieces link the monopile foundations of offshore wind turbines with the towers, incorporating key infrastructure to access and maintain the wind farm. Each one weighs 240 tons, around three times as heavy as a space shuttle. Wilton Engineering will outfit the transition pieces with boat landings, internal platforms for cables and other electrical equipment and platforms. Before they are deployed, the steelwork is protected from the marine environment with a cathodic protection system and a high specification coating, the very visible yellow paint.

Bill Scott, CEO Wilton Engineering said: "We applaud DONG Energy for leading the way in respect to engaging with UK companies in a positive way, creating long term opportunities. In addition we congratulate Steelwind for having the vision to create a collaborative platform which will see our two companies utilise our specialist capabilities to the benefit of the project. This offshore wind opportunity will see the creation of up to 150 jobs within Wilton Engineering and the local supply chain"

Dr Ralf Hubo, Managing Director of Steelwind said: "The UK is the global leader in offshore wind so we are really focussed on building our UK supply chain. This contract is the beginning of a long-term strategic partnership with Wilton Engineering, who we have worked with before and know will deliver good quality services on time."

DONG Energy then awarded a multi-million pound contract to Babcock for the world's first offshore reactive compensation station, a contract that has helped to secure around 100 jobs at their facility in Rosyth, Scotland.

Hartlepool-based JDR cables will provide 242km of array cables, the largest contract in JDR's history, whilst J. Murphy & Sons Limited (Murphy), headquartered in London will lay over 350,000m of onshore cable along a 38km route, connecting to the national grid at a new onshore substation being built by Balfour Beatty.

In November 2016 DONG Energy announced that DeepOcean, a Darlington based firm will transport and install the array cables. This contract has safeguarded 150 jobs in Darlington and the surrounding area as well as enabling DeepOcean to offer significant opportunities to the UK supply chain.

In December the company announced a multimillion pound contract with Rochdale-based firm Granada to provide davit cranes for the project and in January, the contract for 96 transition pieces was signed with Bladt. 56 of these will be manufactured in the Offshore Structures Britain facility in Teesside.