Ørsted has confirmed today that around 50% of the transition pieces for the world’s biggest windfarm will be manufactured in Teesside, another excellent example of how offshore wind is helping deliver the UK’s Industrial Strategy by working with businesses in places across the country to achieve clean growth for the UK. 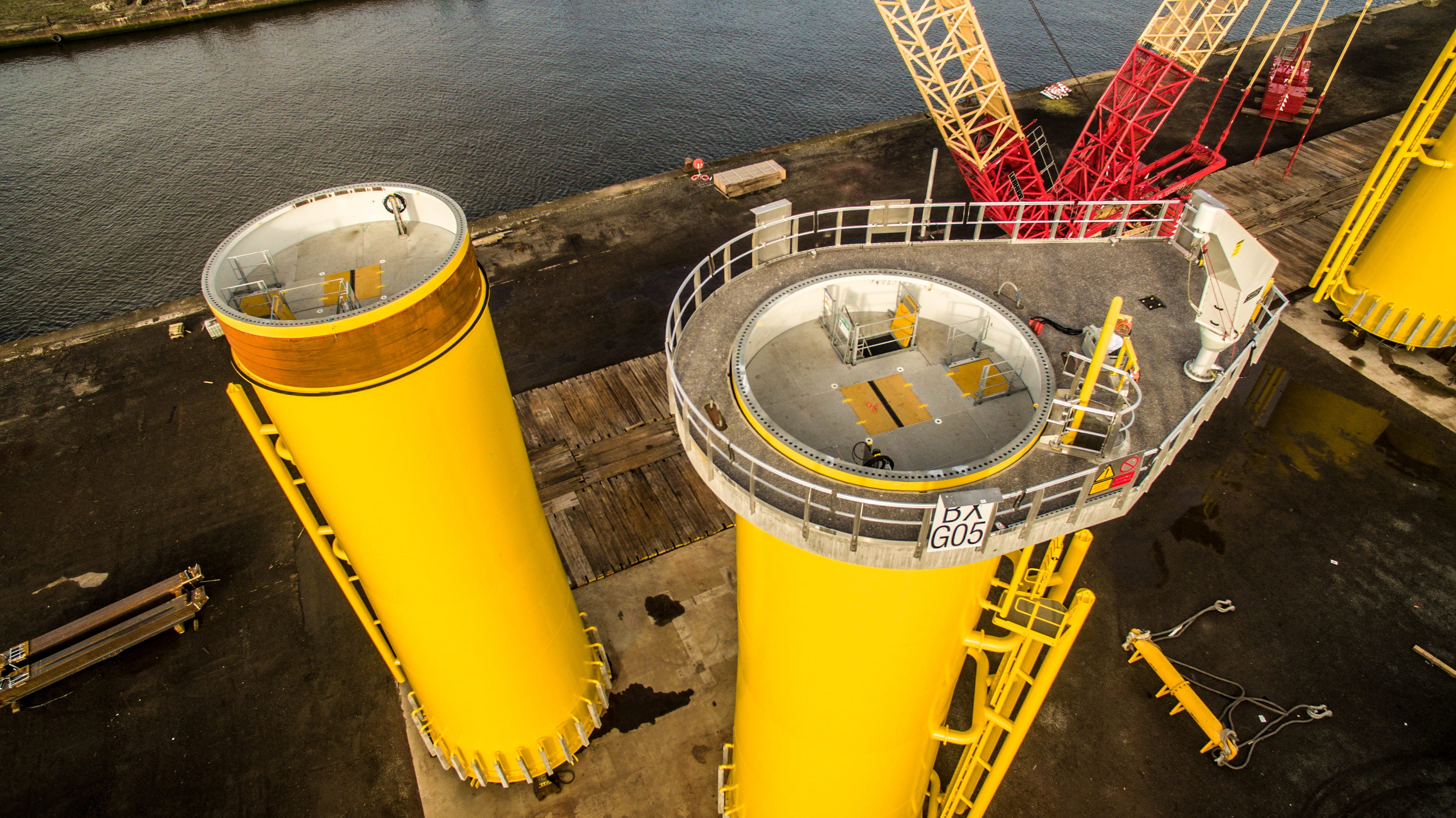 Thanks to orders from Hornsea Project One, around 150 Teesside jobs will be safeguarded.

Transition pieces link the monopile foundations of offshore wind turbines with the towers, incorporating key infrastructure to access and maintain the windfarm. Each one weighs 400 tons, around five times as heavy as a space shuttle.

EEW Special Pipes Constructions GmbH (EEW SPC), who are providing all 174 monopile foundations, will supply 30 transition pieces which will be manufactured at EEW Offshore Structures (Britain) Ltd (EEW OSB), in Teesside. The facility, formerly Offshore Structures Britain1 a joint venture with Bladt Industries, has just been fully bought out by EEW SPC. 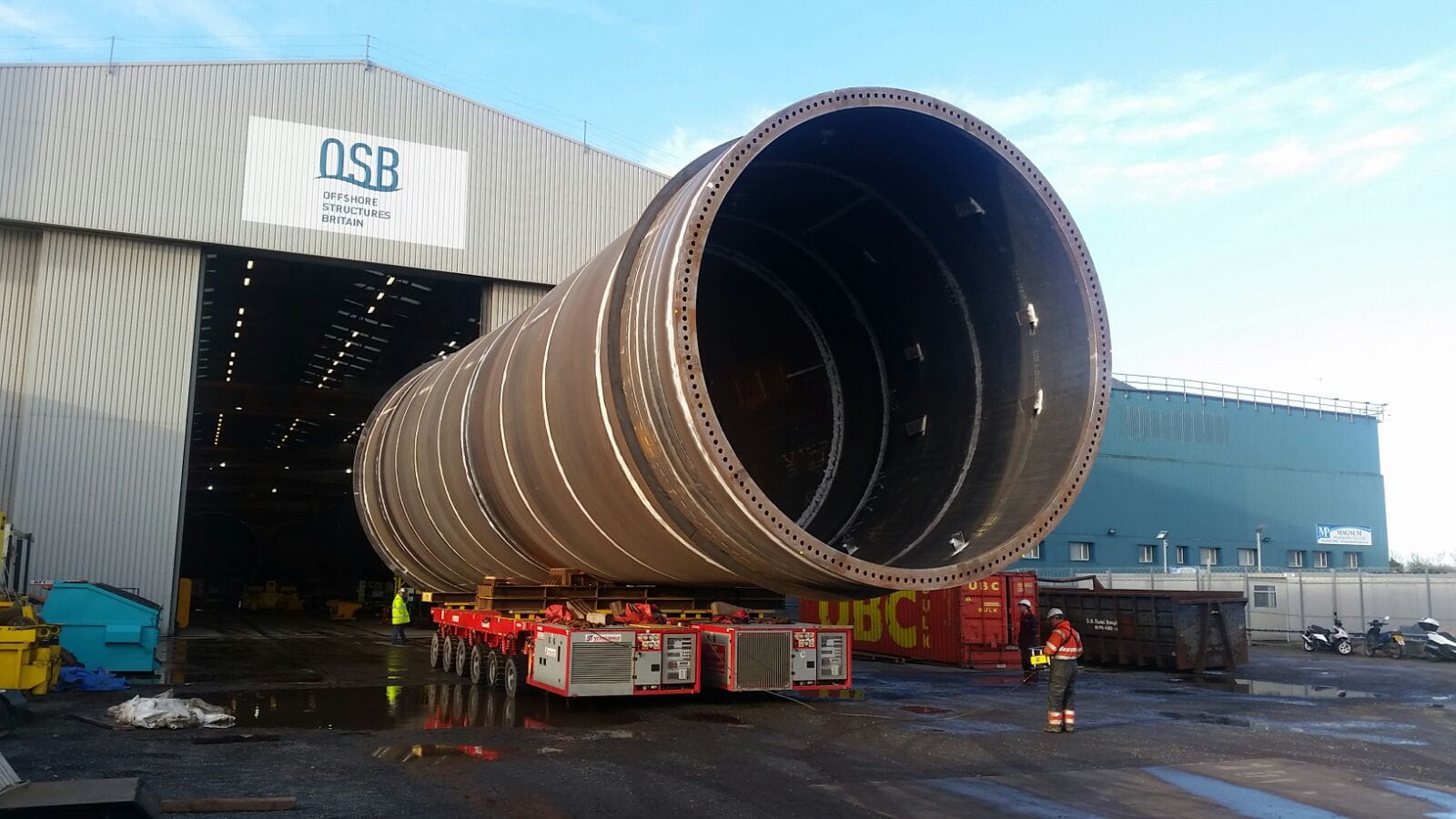 Bladt Industries, who already held a contract to supply 96 transition pieces (56 of which will be manufactured at EEW OSB), will now provide an additional 28.

This announcement is another clear boost for Teesside manufacturing, with EEW OSB now manufacturing 86 of the 174 transition pieces [56 through Bladt and 30 through EEW SPC]. In addition, Wilton Engineering, also based in Teesside, will provide significant scope for 20 transition pieces. They will receive the basic steel tubular structure and do the majority of the manufacturing process including sandblasting and outfitting the transition pieces with boat landings, internal platforms for cables and other electrical equipment and platforms. Before they are deployed from Teesside, Wilton Engineering will also protect the steelwork from the marine environment with a cathodic protection system and a high specification coating. In total 106 of the striking yellow transition pieces will be loaded out to the wind farm from Teesside.

“The north east is a hub of manufacturing excellence, and it’s great to see the growing offshore wind industry supporting real engineering jobs here. EEW OSB is a great example of that; in just two years the facility has revived and supplied increasing numbers of transition pieces for our offshore windfarms across the country, securing hundreds of Teesside jobs.

“Hornsea Project One will make a significant contribution to the UK’s carbon reduction targets. Developing the UK supply chain not only boosts the local economy, it will help us maintain the UK’s position as global offshore wind leader.”

Offshore construction for Hornsea Project One will begin later this year and the windfarm is expected to be fully operational in 2020.

The project will consist of 174 turbines, that will all use the monopile foundation and transition piece design:

The Teesside facility, previously owned by TAG Energy solutions, was reported as insolvent in 2014 losing around 100 jobs. In 2015 it was taken over by Bladt Industries and EEW SPC who formed Offshore Structures Britain (OSB).  Their first order, for 16 transition pieces, came from Ørsted's Burbo Bank Extension and one year later, Ørsted ordered 40 for its Walney Extension project. The order for Hornsea Project One will load the facility to full capacity until autumn 2018 and safeguard around 120 jobs in Teesside.