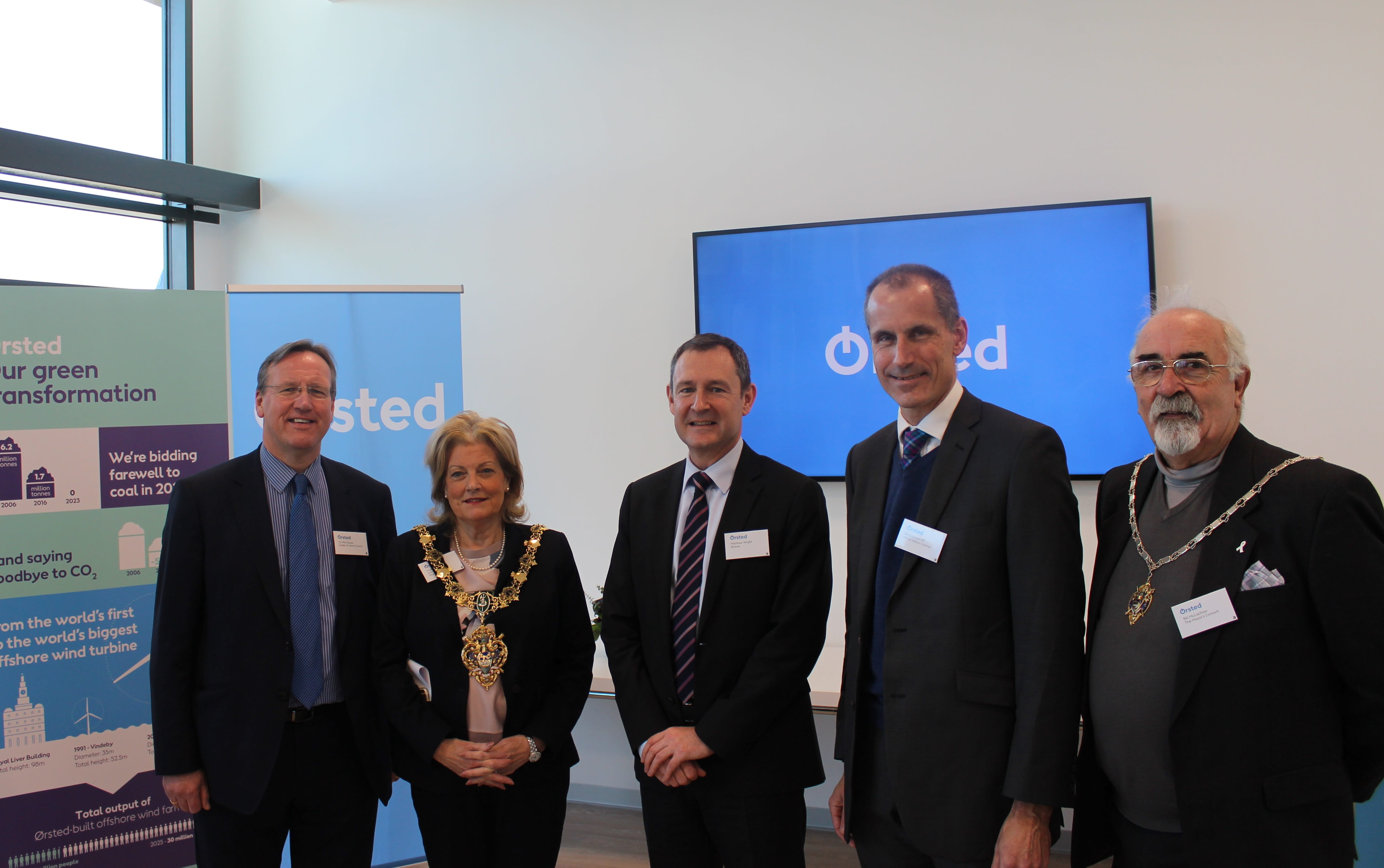 Representatives from local businesses and councils

The delegates were met by Matthew Wright, UK Managing Director at Ørsted who gave an overview of Ørsted’s presence in the North West, before they toured the brand new operations base.

“Wirral has a hard fought and deserved reputation as a centre of excellence for clean energy manufacturing and innovation. This latest developments show the growing confidence global businesses have in our borough’s ability to deliver.

“Wirral as part of the City Region has gained the Centre for Offshore Renewable Engineering designation, the only such designation on the west coast of England, yet further proof of our position at the centre of this growing industry.

“Ørsted have created jobs and brought new skills and expertise to the area, creating a first-rate new facility on our waterfront. It is fantastic news for the entire Liverpool City Region to have a market-leading clean energy organisation opening a flagship new site in our area.

“All over our region we are seeing exciting, transformational regeneration plans coming to fruition – seeing a global organisation such as Ørsted choose Wirral as their newest base is clear, unequivocal proof that our economic plans are working.”

“We’ve been operating out of the North West for over ten years now and have invested billions of pounds in the area. However, our presence in the community extends much wider than operating our business from here.

“We have partnered with Teach First to engage and inspire young people in schools across Merseyside. Our community benefit fund has helped local organisations and community groups in the area and we also support the New Brighton life boat station.

“It was great to meet the people in the Liverpool area working to make things happen, and have the opportunity to tell them about our activities here and discuss ways to work together. We’re proud to be part of this great region’s community and economy.”

The multi-million pound facility opened earlier in 2017, and employs 45 full-time staff. The building is used for the storage of materials and equipment required for the ongoing maintenance of the wind farms, as well as office facilities for staff. A new ladder on the quay wall also enables boats to “push on” directly, allowing easy access for technicians to board.

During the construction of Kings Wharf, the area in front of the facility was also restored, including new benches and granite paving, as part of Ørsted’s commitments to the local community.

Ørsted recently changed its name from DONG Energy, short for Danish Oil and Natural Gas, to represent its shift away from fossil fuels to focus fully on green energy. H.C. Ørsted was a Danish scientist who discovered electromagnetism in 1820, laying the foundation for the way power is produced today.