Ørsted has pledged its support to the Royal National Lifeboat Institution (RNLI) to help the charity in its mission to save lives at sea, with a new three-year partnership. 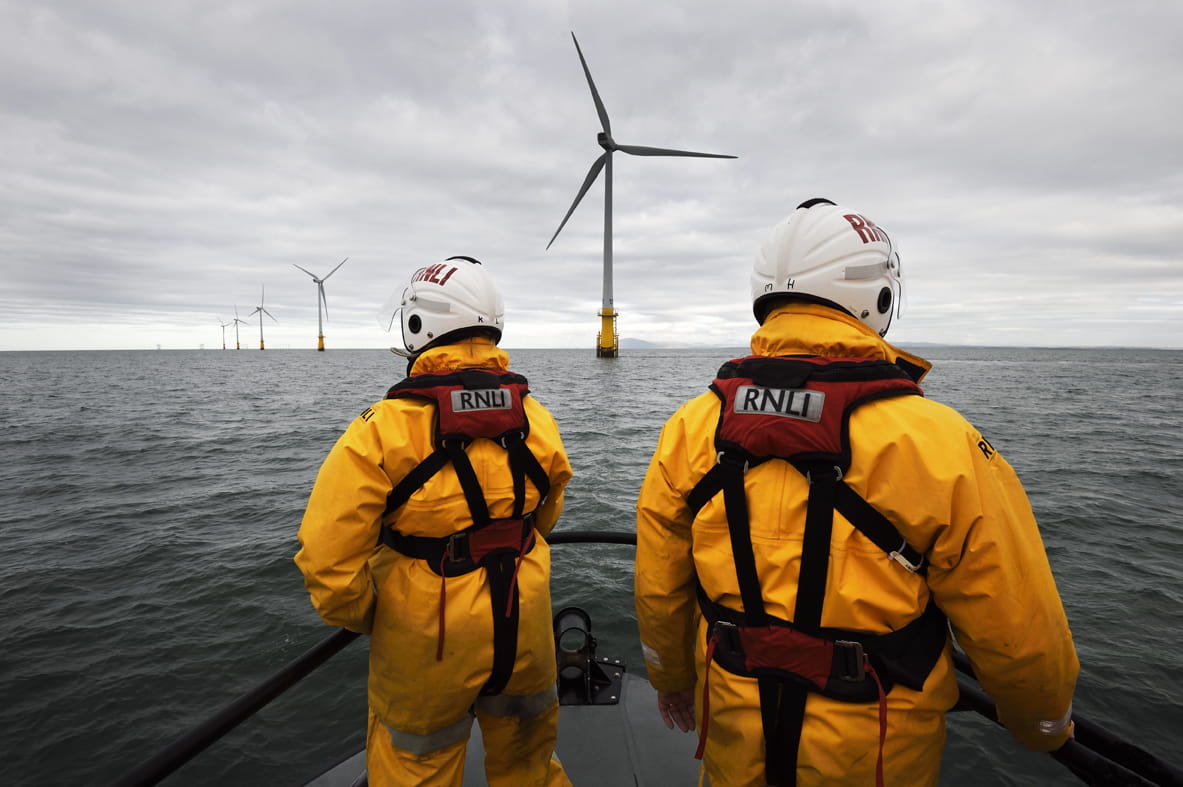 Global leader in offshore wind, Ørsted will make a major contribution of more than £200,000 to fund running costs of lifeboats at seven RNLI lifeboat stations across the UK to help the charity continue their invaluable work.

The RNLI is the charity that saves lives at sea and its volunteers provide a 24-hour search and rescue service across the UK.

Ørsted first joined forces with the RNLI in late 2015 to support six lifeboat stations over two years – a partnership which has so far helped to fund nearly 600 launches and aid more than 580 people at sea.

Headquartered in Denmark, Ørsted employs 5,600 people, including over 900 in the UK. Ørsted's shares are listed on Nasdaq Copenhagen (Orsted). In 2017, the group's revenue was DKK 59.5 billion (EUR 8.0 billion). For more information on Ørsted, visit orsted.co.uk or follow us on Facebook, LinkedIn, Instagram and Twitter.

To reflect the company’s rapidly expanding offshore footprint in the UK, Ørsted has now extended the partnership to include Skegness Lifeboat Station – supporting a total of seven RNLI lifeboat stations to help save even more lives over the next three years.

“We’re extremely proud to continue our partnership with the RNLI for another three years and help this amazing charity save lives at sea. As a company building major offshore wind projects to be the backbone of the UK’s future energy system, we understand the challenges faced by RNLI crews working out at sea, and we want to help these lifeboat stations continue operating safely and efficiently. Ørsted is hugely committed to making a positive impact in the communities where we operate, which is why supporting the vital service provided by the RNLI makes so much sense to us.”

The Royal National Lifeboat Institution is the charity that saves lives at sea. Our volunteers provide a 24-hour search and rescue service in the United Kingdom and Ireland from 238 lifeboat stations, including four along the River Thames and inland lifeboat stations at Loch Ness, Lough Derg, Enniskillen and Lough Ree. Additionally, the RNLI has more than 1,000 lifeguards on over 240 beaches around the UK and operates a specialist flood rescue team, which can respond anywhere across the UK and Ireland when inland flooding puts lives at risk.

The RNLI relies on public donations and legacies to maintain its rescue service. As a charity it is separate from, but works alongside, government-controlled and funded coastguard services. Since the RNLI was founded in 1824 our lifeboat crews and lifeguards have saved at least 140,000 lives. Volunteers make up 95% of the charity, including 4,600 volunteer lifeboat crew members and 3,000 volunteer shore crew. Additionally, tens of thousands of other dedicated volunteers raise funds and awareness, give safety advice, and help in our museums, shops and offices.

‘As a charity, the RNLI relies on donations to be able to carry out its lifesaving work around the coast of the UK and Ireland. So, we are grateful to Ørsted for their continued generosity in making a significant contribution to the lifeboat running costs of our stations at Barrow, Clacton-on-Sea, Humber, New Brighton, Ramsgate, Skegness and Wells. The donation from Ørsted has contributed to ensuring that the crew at these seven stations are ready to respond to emergency situations. The support from Ørsted will be felt most by our volunteer lifeboat crews and the people in the communities that we aim to protect, and we thank them for that.’

Since the RNLI was founded in 1824, its lifeboat crews and lifeguards have saved at least 140,000 lives.