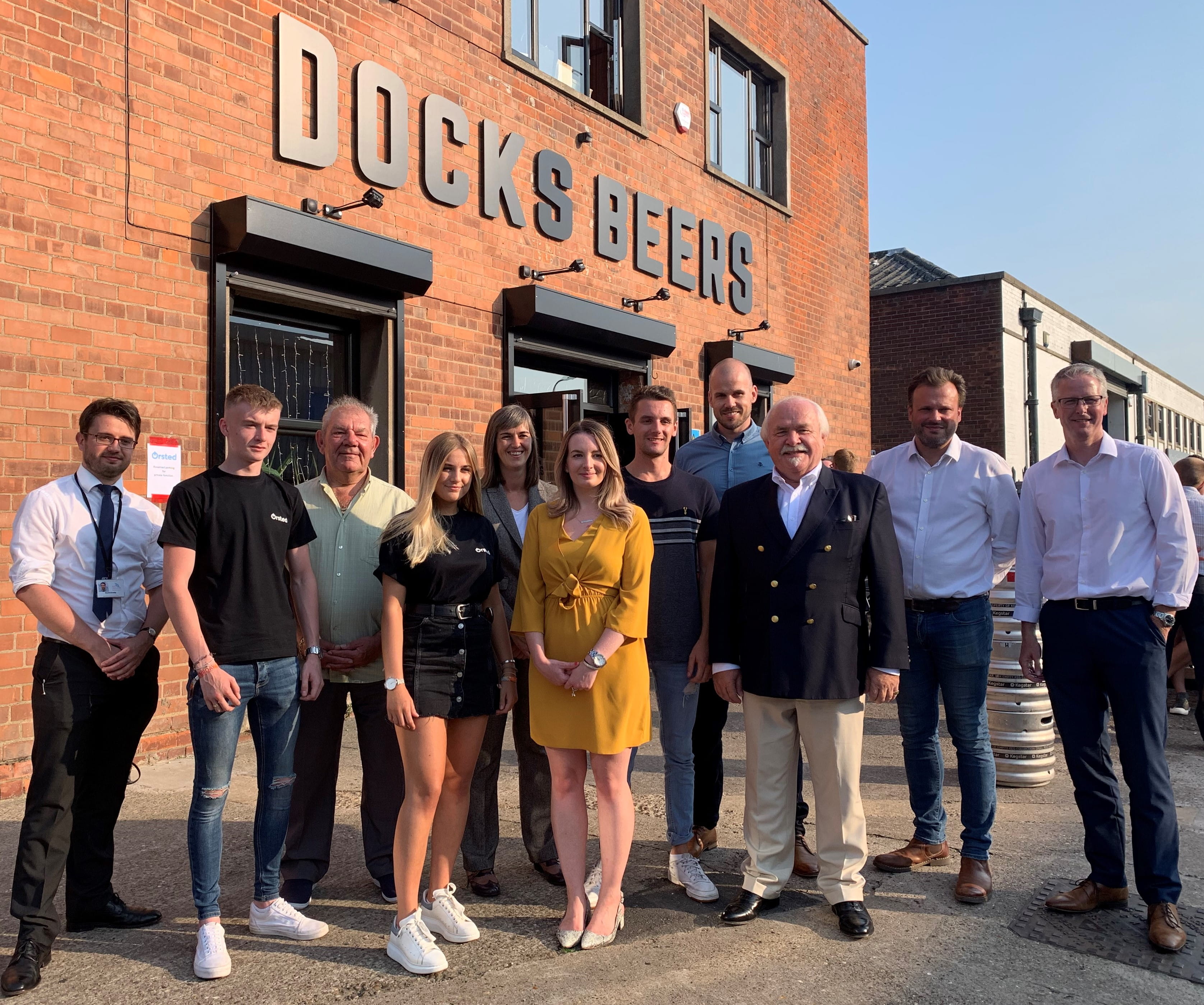 The video launch was hosted at local brewery, Docks Beers in Grimsby

This week, leading wind energy developer Ørsted launched a new video, Grimsby: Turning the Tide which focusses on the transformation that has been brought about in the east coast town of Grimsby.

The video, launched yesterday at local brewery Docks Beers, showcases the good news stories that have come out of the development of offshore wind within the town and the many people affected by its success.

From local entrepreneurs to councillors, business owners and apprentices, all those featured have something positive to say about the industry that aims to change the world right here from a base in Grimsby.

The stories of Ørsted employees who are passionate about the role they’re playing in creating a world that runs entirely on green energy are also captured in the video, demonstrating the variety of roles across the industry.

Mark Hickson, Ørsted Head of Lincs Operations said: “As a local resident myself, I’m proud to work for a company who is making real waves in transforming the economic landscape of the town.

“The video we’ve created only incorporates some of the many people who are proud to work alongside Ørsted and join us on this incredible journey of clean energy production.”

Once the proud owner of the world’s largest fishing port, Grimsby’s impressive trawler fleet and monumental produce landings meant that its name was known across the globe.

The town’s fishing industry declined in the 1980’s and consequently, unemployment rates grew. However, Grimsby now has a new legacy: the world-leading location for offshore wind power.

Paving the way in terms of technology and expertise in the field, the town welcomed Danish-based Ørsted onto the port in 2014 with a site hosting less than 20 employees.

Five years later and the company now employs 350 employees at their operations and maintenance (O&M) facility on the docks. Known as the East Coast Hub, the world’s largest offshore wind O&M base is located on the edge of the energy estuary and sees 83% of Ørsted’s employees living within an hour’s drive.

The benefits to businesses in the local area are also featured; a local delicatessen speaks about how offshore wind has enabled rapid growth and ex-fish auctioneer turned entrepreneur Kurt Christensen said: “It’s fantastic to see this sort of investment in Grimsby. Ørsted have engaged with the community in a manner of different ways and is dedicated to making a real difference locally. Where possible, they’ve shown that they’re keen to buy and employ locally and personally, I’m so pleased that they chose to set up their site in our town.”