Ever looked out from the Cumbrian coast and wondered how an offshore wind farm works? Everything you need to know about wind power (and were afraid to ask)

This week is Offshore Wind Week - a whole seven days dedicated to raising awareness about clean, renewable electricity generation and its future in the UK. 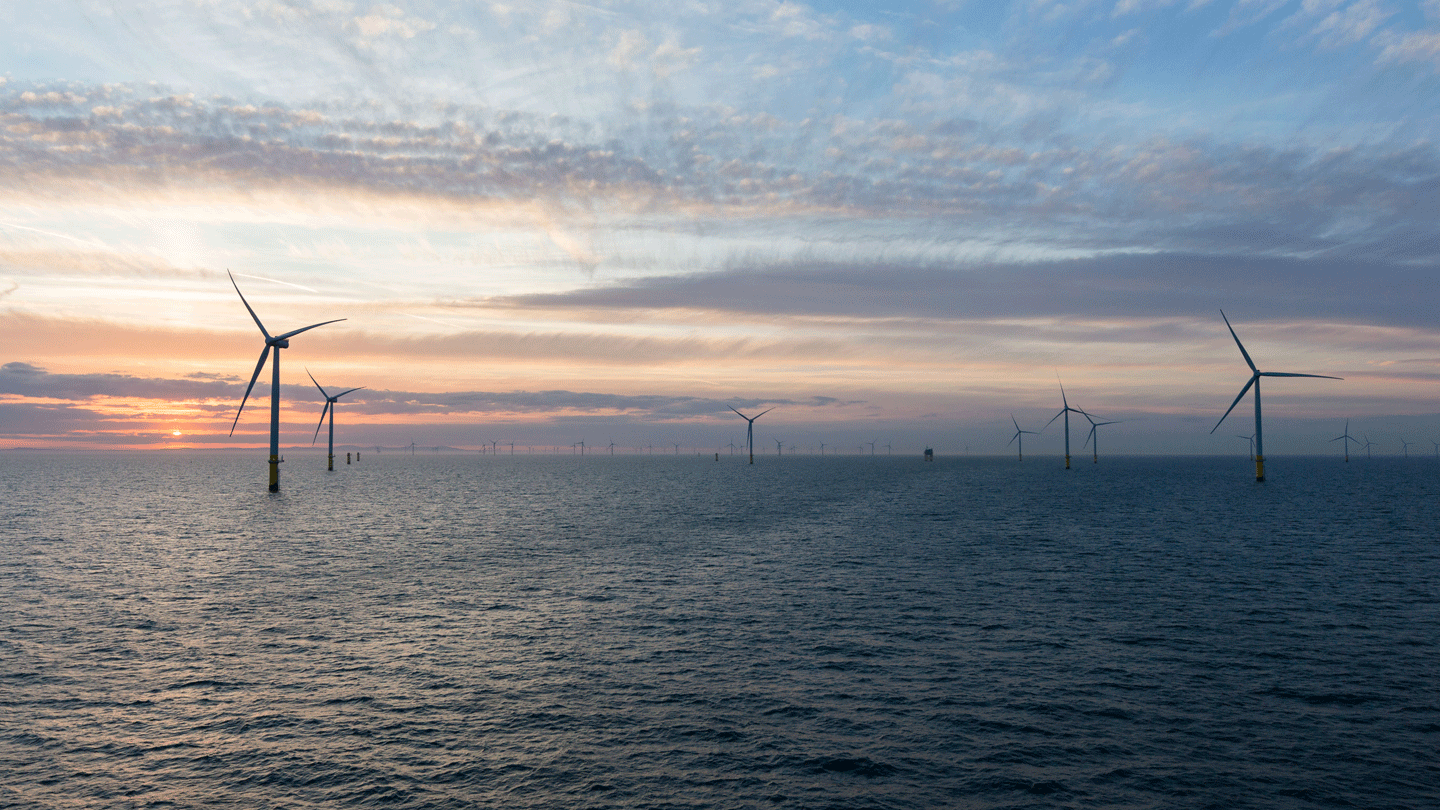 The UK is the global leader in offshore wind with more capacity installed than any other country, and the largest operational wind farm in the world is situated off the Cumbrian Coast; Walney Extension. Ørsted also operates Barrow, Walney and West of Duddon Sands from its Operation and Maintenance base in Barrow, in total supplying over 1.2 million homes with clean electricity.

But how are the blustery winds at sea converted into electricity that powers millions of homes across the country?

Wind farms are affordable power plants which create renewable and climate-friendly power. The ideal site locations host a shallow sea bed with strong and consistent wind conditions which must be able to turn the turbine blades.

Below the waves, a foundation supports the turbine’s structure. Instead of the concrete foundations of the past, big steel tubes, or monopiles, are now commonly used. Alternative foundation types include suction buckets or jackets. More recently, technological innovation has made it possible to develop foundation-free floating offshore wind turbines for deeper waters.

Above the foundations, you may see a bright yellow component, called a transition piece. These link the monopile foundations of offshore wind turbines with the towers, incorporating key infrastructure to access and maintain the wind farm. Each one weighs 400 tons, roughly the same weight as a fully laden jumbo jet.

The other visible parts of the turbine comprises of the tower, three blades and a nacelle which houses the components for power generation.

Innovation has seen turbines increase dramatically in size, over double the power in less than 10 years. In the turbines at Walney Extension, the tower is as tall as 90m and with the blades attached, that’s even bigger than the Blackpool Tower.

The blades are also getting bigger, with some as long as 75m, that’s longer than nine busses back to back. Bigger turbine blades capture more power, which has led to huge cost reductions across industry. The cost of offshore wind has tumbled in recent years, and it is now one of the cheapest forms of new electricity generation – cheaper than fossil fuels.

When the wind blows, the blades spin, turning shafts inside the nacelle. These shafts connect to the gearbox, increasing the speed of the shaft that drives the generator. The generator uses the rotation of the shaft and the principle of electromagnetism to generate electricity. Here’s an “electrifying” coincidence: world-leading offshore wind developer Ørsted is named after HC Ørsted, the Danish scientist who in 1820 helped discover electromagnetism.

The electricity produced by the turbines is transmitted by cables buried in the seabed. Power is carried along these cables to an offshore substation.

Upon reaching the substation, the energy is then stepped up to a higher voltage before being transferred to the shore via high voltage cables. At a higher voltage it can be transmitted with fewer losses. Once it reaches landfall, the electricity is taken to an onshore substation where it is again transformed so it can enter the National Grid’s electricity system and provide millions of homes with clean electricity.

The UK is currently the world leader in offshore wind and has set stretching targets for at least 30GW, a third of the UK’s electricity, to come from offshore wind by 2030. With potential for vast growth in the sector and as technology develops rapidly, the prevalence of the offshore wind industry continues to gain momentum.

For more information, check out Ørsted’s video which depicts the workings of an offshore wind farm.