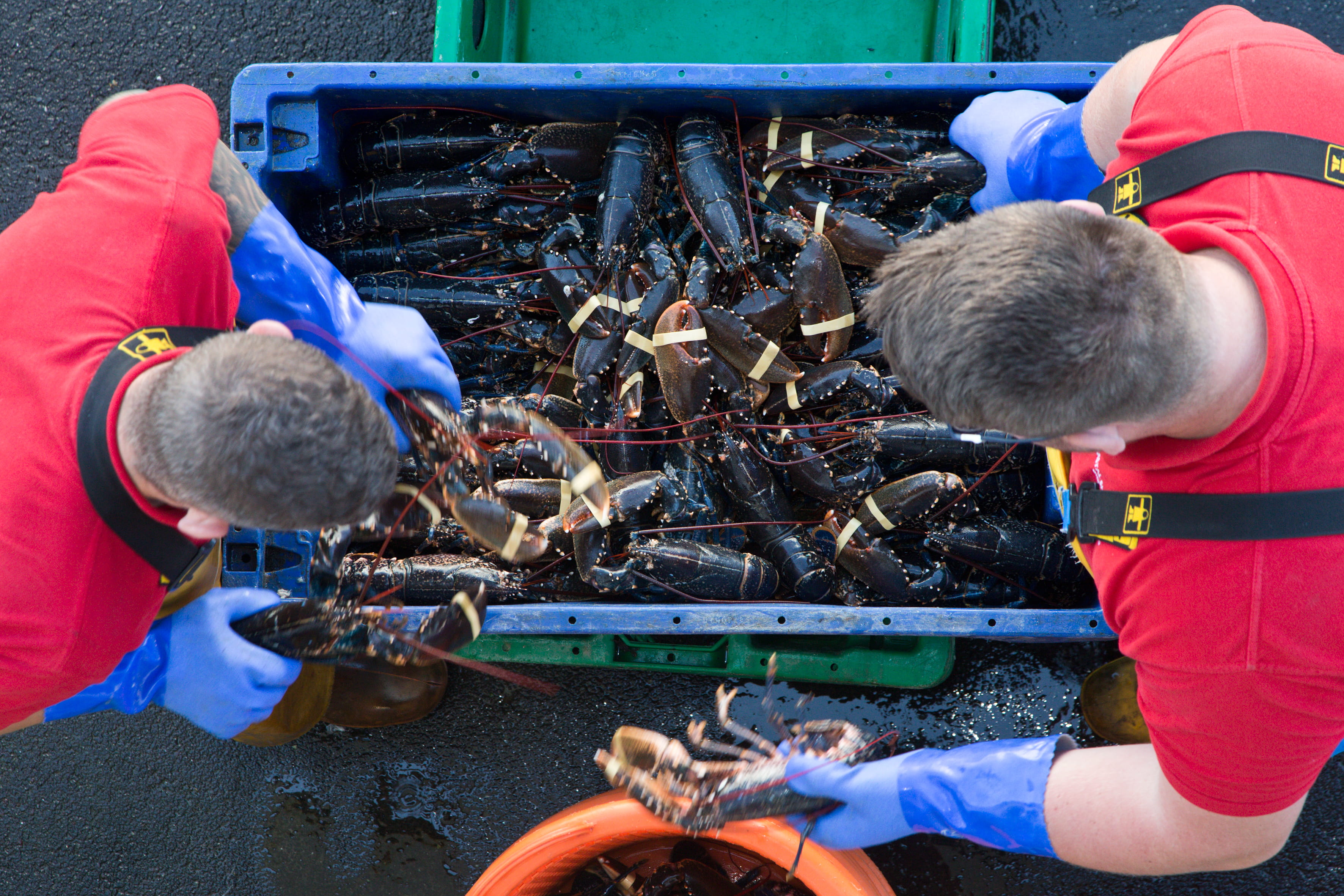 Above: The town of Bridlington lands 310 tonnes of European lobster each year

This week, the Holderness Fishing Industry Group (HFIG) has opened a state-of-the-art community laboratory and research hatchery in Bridlington to conduct vital research on fishing grounds in the North Sea.

The Yorkshire Marine Research Centre’s build was implemented by HFIG and funded by the West of Morecambe Fisheries Fund and the European Marine Fisheries Fund. The project aims to undertake studies on ecology, marine science and fishery biology.

In a collaborative approach, many of the facility’s projects have been suggested by fishermen who belong to HFIG, with a number of them being funded by offshore wind developer, Ørsted and its East Coast Projects Fund (ECPF).

Founded in 2011, HFIG aims to protect and promote the local fishery grounds and to facilitate co-operation and coexistence with other marine sectors, including companies such as Ørsted.

Having worked with HFIG for a number of years and with four offshore wind farms located within the group’s remit reach, Ørsted’s East Coast Projects have committed to a 10 year research sponsorship, to better understand the impacts of offshore wind on the North Sea ecology.

In 2013, Ørsted funded a long-term study led by HFIG fisheries scientist Mike Roach that examined the ecological effects of the construction and operation of their offshore wind farms. Data was collected within Ørsted’s Westermost Rough site. The study had been the first of its kind to be conducted anywhere in the world and soon proved to be of significant value in easing fishermen’s concerns about offshore wind developments.

Benj Sykes, Head of Market Development, Consenting and External Affairs for Ørsted who attended the opening, said: “As a company that’s committed to building a clean, sustainable future for us all, it’s imperative that we listen to our moral compass when it comes to constructing and operating offshore windfarms. We make every effort throughout the planning process to ensure that we minimise our impact on the environment and other sea users, and we’re keen to continue making improvements to the way we work as our projects progress.

“The partnership between HFIG and Ørsted has had a very positive impact on the way the two organisations work together. It’s fantastic to see our partnership flourish on a project like this innovative facility. We’re both hoping to better understand and minimise impact on the North Sea’s ecology, and the new research will show us how best to accomplish this together.”

Whilst the new centre will not be open to the public, it will publicly display research findings for passers-by to view. A schedule of live Q&A sessions with scientists will also be promoted throughout the year for anyone to attend.

The brand new laboratory within the facility boasts the latest in digital microscopy, a continual supply of filtered seawater, and larval rearing equipment allowing the scientists to investigate early life stages of lobster and crab that would not be possible in the open sea.

The pioneering project will see important research being undertaken on the precious habitat of native marine species. Upon completion of the various studies, healthy juvenile shellfish will be released back in to the sea, acting as a form of stock enhancement.

“The results from these studies will make a real difference in supporting evidence-based decision making for our region. We appreciate the commitment Ørsted has made through its East Coast Projects Fund to not only the YMRC but also, in general, to our Holderness Coast and its people who rely upon a healthy coastal ecosystem for their prosperity.”

Courtney French, Ørsted Commercial Fisheries Manager, said “Through the ECPF, HFIG and Ørsted are fast becoming the centre of excellence for crustacean fisheries and wind farm development research. Through scientific collaboration such as this, we are able to fill data gaps and feed into the knowledge of impacts which can be shared around the global markets. It is hoped that the research undertaken through the ECRF will provide significant value in easing fishermen’s concerns about offshore wind developments.”