Ørsted have launched a new Visitor Centre at the East Coast Hub in Grimsby. The centre will be used as a place to inspire young people to find out more about the renewable energy industry – opening its doors to organised visits from local schools, colleges, and community groups. 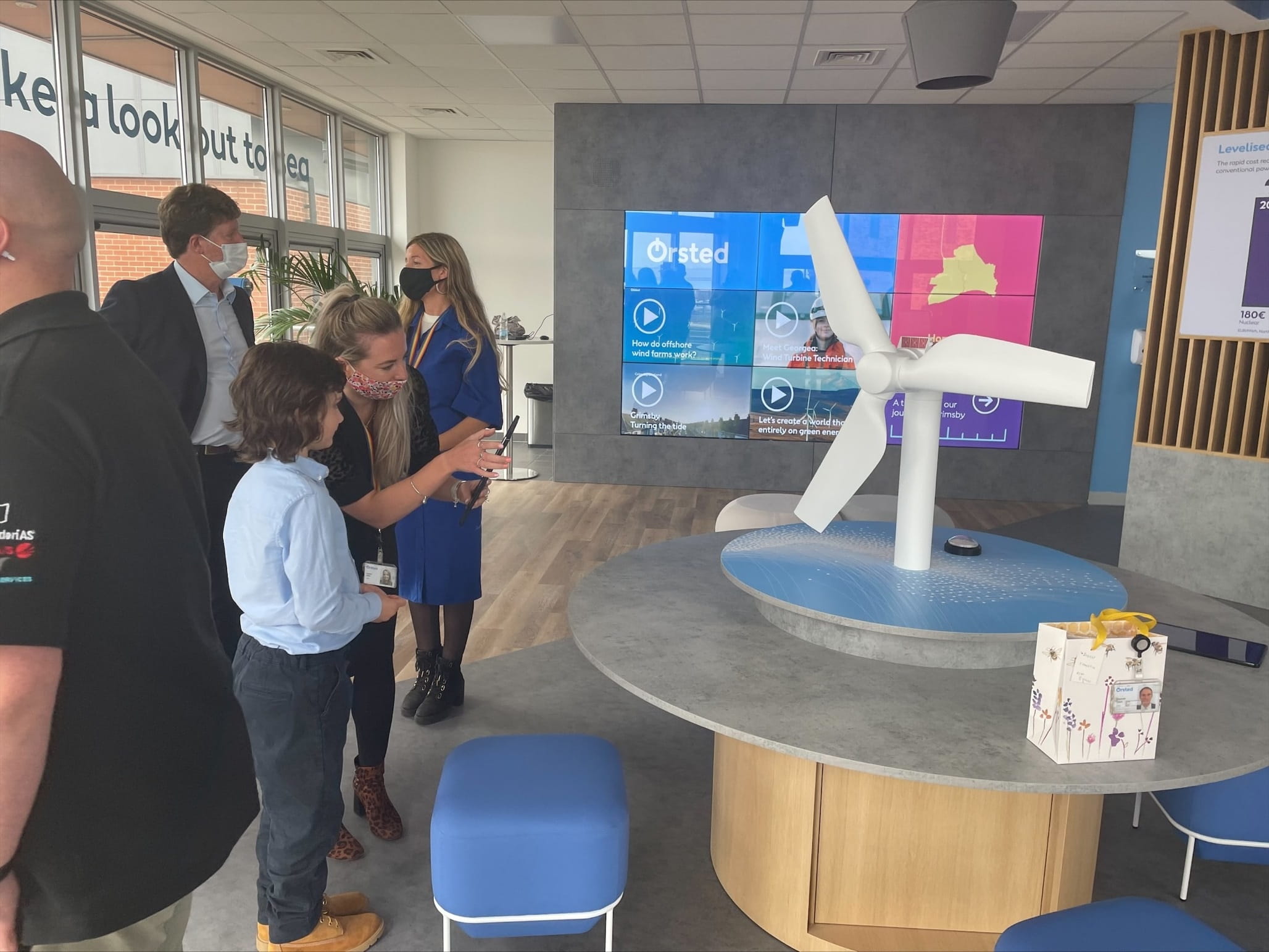 Over the past decade, Ørsted has been working closely with the local community in the region. Continuing this work, the new Visitor Centre opens the door into the hidden world of wind energy and the world leading industry on our doorstep. The centre ensures Ørsted connects with the next generation and provides careers to aspire to.

At the opening, guest of honour, Ethan Ginley, eight years old, attended with his parents. Earlier this year, Ethan sent Ørsted a letter and accompanying picture expressing his love for offshore wind turbines.

Ethan’s letter and passion are great examples of the next generation seeing offshore as an exciting career. Ethan’s brilliant letter is now displayed on the wall as a reminder to colleagues of the importance of what they do today for the next generation, and it was remarked that Ørsted would love for Ethan to join them one day to be part of the team.

The visitor centre forms part of the visitor and training area of Ørsted’s East Coast Hub – the Winstanley Wing, named in rememberance of former technician, Aaron Winstanley, who sadly lost his battle against a rare form of cancer.

Darren Ramshaw, Head of UK East Operations, said: “Our workforce is growing, and we are offering new opportunities for young people to aspire for a career where they can make a difference, they can apply their love of STEM subjects to a real-life job. The visitor centre is the next big step, we’ve been here almost a decade, and made some fantastic partnerships and friendships. Now we’re ready to open the doors to you and support the community’s endeavours and open the eyes of young people to a global leading industry right on their doorstep. Ørsted want to expand young people’s knowledge of STEM and connect them with the company’s amazing teams who are fighting climate change - many of which are local and can be brilliant role models.”

Ørsted’s East Coast Hub is the largest Operations and Maintenances Base in the world. Hornsea One, the largest offshore wind project in the world, is now operational and Hornsea Two is currently being built, which will claim the title from Hornsea One.

Ørsted are developing programmes that utilise this new space and will be offering a variety of visits, to reach even more young people, and will be reaching out to schools in the Autumn term and looking forward to welcoming people from then.