Clean Growth as a business opportunity

Businesses all over the UK should be taking advantage of the low carbon economy, says Ørsted UK's supply chain manager in this blog about growing supply chain opportunities.

The continuing success story of the UK renewable energy industry is also creating a wealth of opportunity for UK businesses.

At Ørsted, we recently inaugurated our 11th offshore wind farm, Walney Extension off the Cumbrian Coast, which is capable of generating enough clean electricity to power almost 600,000 homes.

We also have a further two projects under construction, off the East coast - Hornsea One and Two - which will be capable of delivering electricity to millions more UK homes.

But the significant amount of green electricity we generate is only part of the story, the offshore wind industry is having a positive economic impact across the country – supporting thousands of jobs, as well as helping to grow local businesses and regenerate communities.

A steadily increasing market for offshore wind in the UK, together with a predictable pipeline of projects, has enabled the offshore wind sector to flourish – creating significant opportunities for UK companies to join a thriving supply chain. Recent Government commitment to holding bi-annual CfD auctions provides a continuity of market to enable UK-based supply chain firms to invest in order to drive productivity & competitiveness and enable the industry to deliver even more competitively priced electricity from offshore wind.

An ever-greater number of UK firms are involved in the development, construction and operation of offshore wind farms. There are countless examples of local companies getting involved in the offshore wind supply chain and these local “wins” are playing a vital part in the industry’s success story and long-term future.

In the past five years alone, Ørsted has placed major contracts directly with nearly 100 different UK companies to help build and maintain their offshore wind farms. The majority of these contracts have a value of over £1 million and more than 75% of these companies have received multiple contracts. Many more firms at Tier 2 or deeper in the supply chain have also benefitted by working with our Tier 1 suppliers.

We have also been able to use our pipeline of projects to support the creation of UK factories manufacturing blades, and fabricating towers and transition pieces for offshore wind turbines. For example, the first turbine blades produced by Siemens Gamesa’s factory in Hull are now producing clean energy out in the North Sea at our Race Bank project. The company, which employs around 1,000 people at its Hull site, has also now taken an order for the mammoth 81.5 metre blades that will be used at Hornsea Project Two.

Leading cable installer and supplier Prysmian Group was awarded a multi-million pound contract to supply cables for Hornsea Project Two – which has enabled the company to upgrade its Wrexham facility to become the first UK facility to manufacture submarine array cable cores.

Our new operations facility is under construction in Grimsby, which will be the world’s largest hub for overseeing the operation and maintenance of offshore wind farms – and it’s being built by local construction firm Hobson and Porter.

As a company we are committed to growing and developing the supply chain even further to support our future UK projects, as well as creating export opportunities to projects across the globe.

For example, we exported over 100 80m blades from MHI Vestas’ Isle of Wight factory to our Borkum Riffgrund 2 project in Germany. We are also working with Norfolk-based unexploded ordnance (UXO) specialist Ordtek on our offshore wind farm projects in the United States and Taiwan.

Green energy is now the economic choice in many countries and we see the demand for renewable technologies rising across the world, with investors recognising the immense potential of renewable energy as an alternative to fossil fuels. The UK is leading the way in offshore wind and has a huge amount of potential to leverage this leading position as the technology goes global.

The Offshore Wind Industry Council (OWIC) has presented its 2030 vision to UK Government as part of an ambitious sector deal, which could see a five-fold increase in export value (up to £2.6 billion a year), 27,000 skilled jobs and the potential for offshore wind capacity to reach at least 30 gigawatts by 2030.

We are keen to encourage more potential UK suppliers to learn more the opportunities in the offshore wind farm and we regularly host supply chain and “meet the supplier” events for our forthcoming projects. 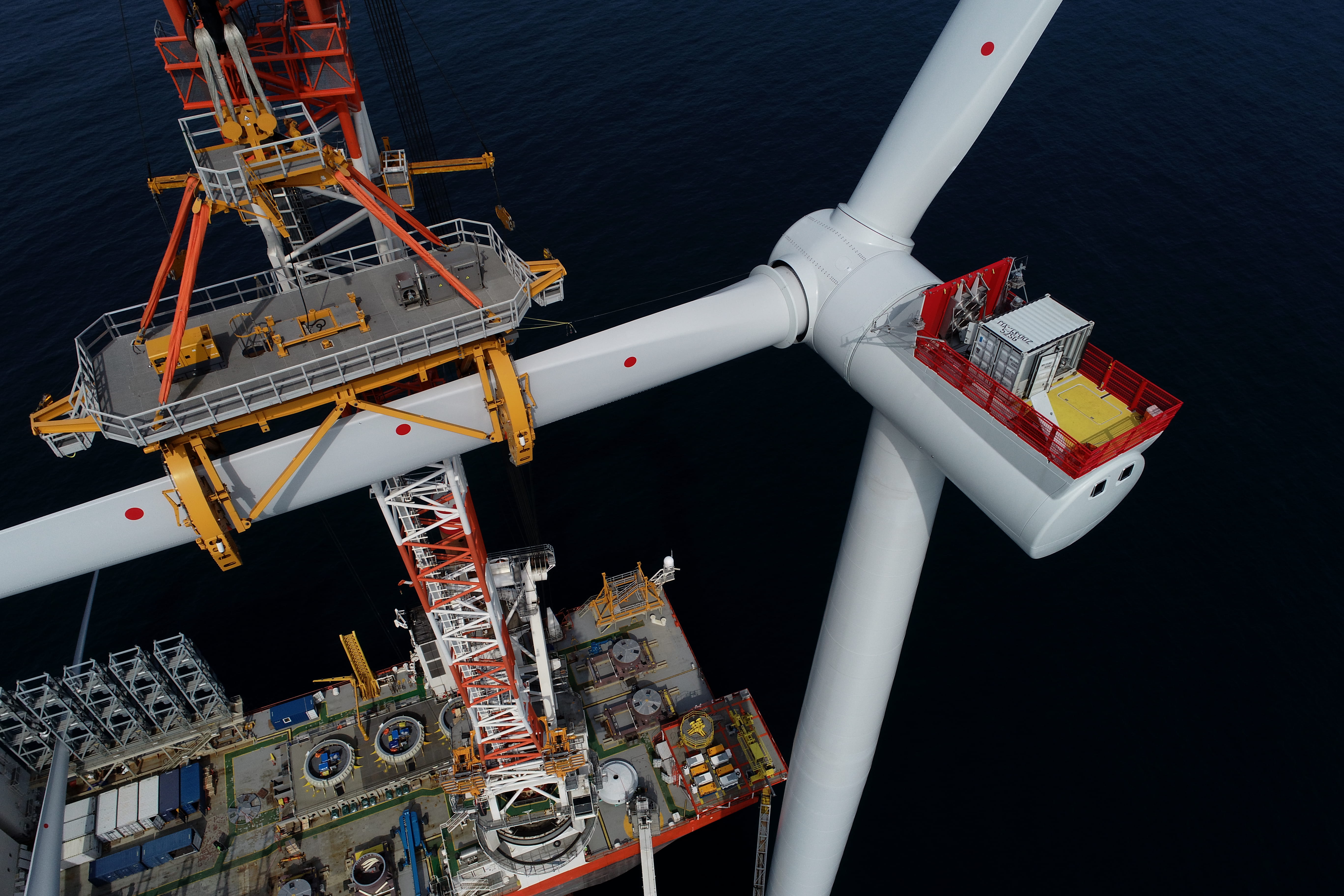