Ørsted (formerly DONG Energy) has announced a three-year partnership with one of the UK’s foremost scientific institutions, the Natural History Museum (NHM). 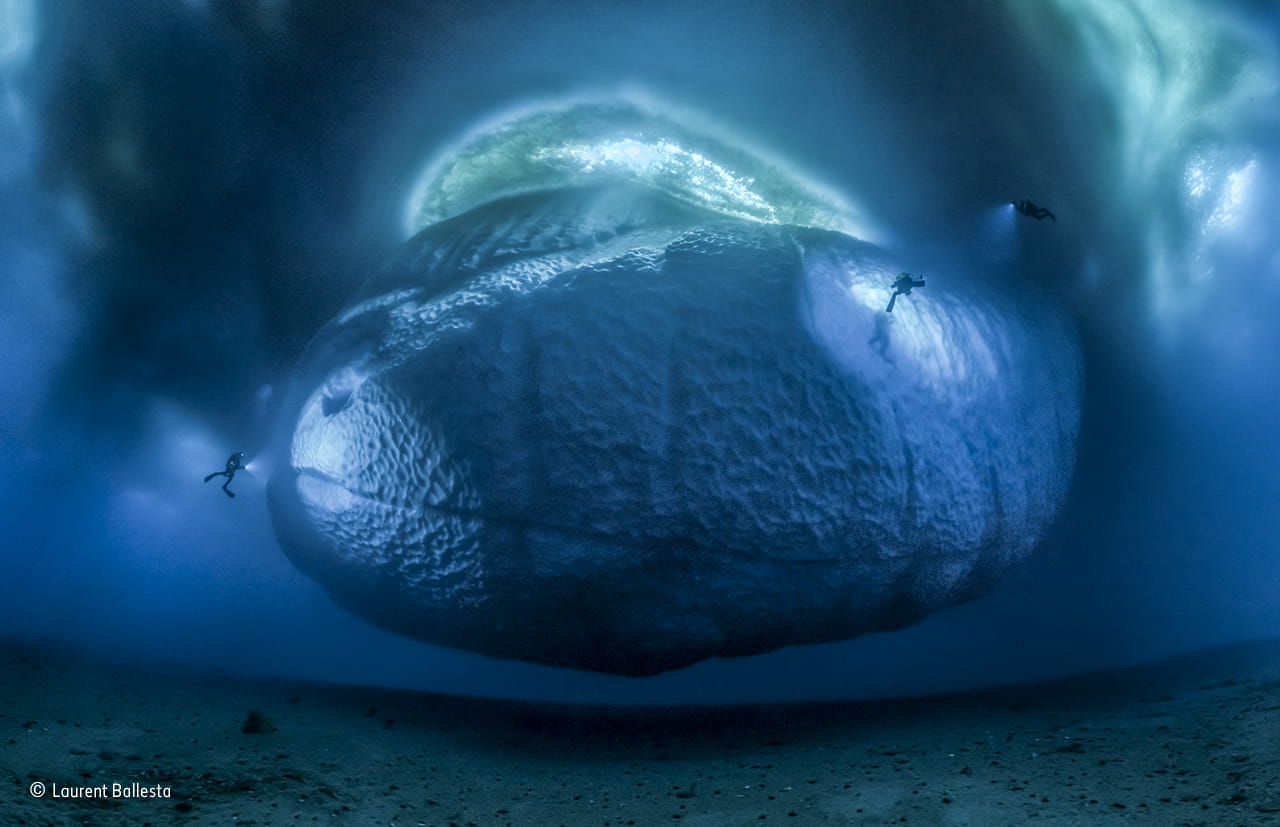 The ice monster. Winner of the Earth's Environments category, Wildlife Photography of the Year

The company will help spearhead a new education initiative, as well as continuing its sponsorship of the internationally acclaimed Wildlife Photographer of the Year exhibition in London.

Now in its 55th instalment, Wildlife Photographer of the Year is the longest running and most prestigious photographic event of its kind in the world - showcasing the beauty of the planet we call home and the wildlife that inhabits it, while raising awareness of the threats facing them. Each year, it attracts tens of thousands of entries from professionals and amateurs across almost 100 countries.

In addition to sponsoring the Wildlife Photographer of the Year exhibition in London, Ørsted and the NHM will pioneer a joint education initiative exploring the role that informal science learning environments can play in students’ science aspirations.

Generate: Scientists of the Future is aimed at building relationships with schools and students over a three year period to help shape pupils’ attitudes to and aspirations in science.  Inspired by the acclaimed ASPIRES research project run by King’s College London, this new initiative seeks to build ‘science capital’ amongst students –  developing greater understanding, knowledge, interest and connections to science, scientists and scientific careers. 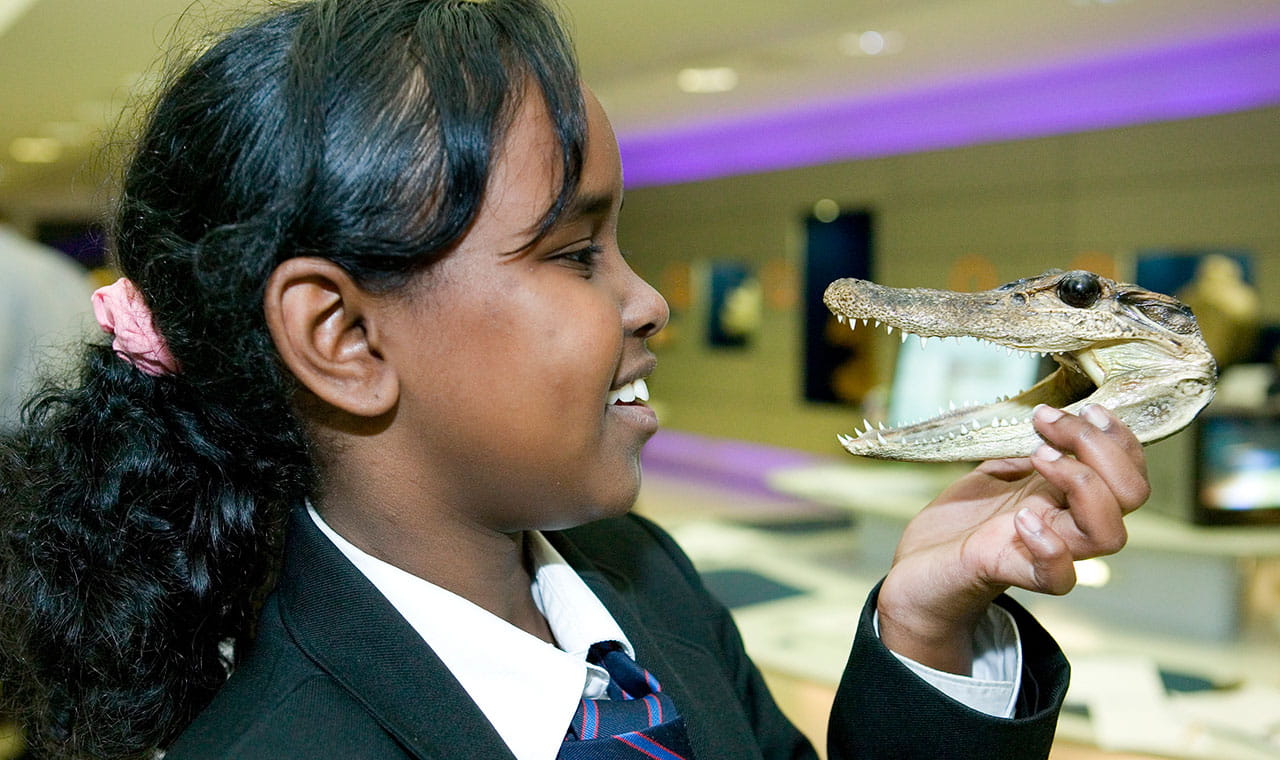 The project will raise awareness of the diversity of science-related careers and emphasise the role that science plays in everyday life. Initial research from King’s College London found that only 15% of 10-14 year olds aspire to become a scientist, despite 70% being interested in science.

Ørsted and the NHM will create new relationships with four schools in Westminster and Lambeth, aiming to make science more accessible for a diverse range of students.  The NHM will host an exclusive annual day of science engagement activities for the schools every year for the next three years. As well as exploring the Museum’s 80 million specimen collection, the students will also be given the opportunity to meet some of the world’s leading natural history and energy industry scientists.

The NHM will conduct research into students’ attitudes and aspirations in science before, during and after the visits, which will show how the Museum’s interventions and the engagement with scientists is having an impact on the students taking part.

According to a recent survey commissioned by Ørsted, 96% of UK respondents are concerned about wildlife disappearing or dying off due to climate change. With its new company tag line of “Love your Home”, Ørsted is committed to the fight against global climate change and is developing tangible green energy solutions to help safeguard the planet against this threat. Over the past decade, Ørsted has transformed from an energy company based on coal and oil to a global leader in renewable energy - divesting its upstream oil and gas business, phasing out all use of coal and becoming the world’s largest developer of offshore wind. Since 2006, Ørsted has reduced its CO2-emissions by 52% and, by 2023, they will have been reduced by 96% compared to 2006.

Matthew Wright, UK managing director at Ørsted, said: “Ørsted shares many of the same ambitions as NHM in seeking both to safeguard our planet and inspire the next generation of scientists. We take our new name from Danish scientist Hans Christian Ørsted who helped lay the foundations 200-years-ago for the way we produce power today. We hope this exciting new partnership will help inspire that same curiosity, dedication and interest in nature in a new generation of scientists.

“Climate change is one of the biggest threats facing our planet today and it is vital that we all take responsibility in protecting the place we call home. We believe that a fundamental change in the way we power the world is needed to avoid inflicting further harm on delicate global ecosystems – which is why we have taken action and focussed our efforts on creating a world which runs entirely on green energy.”

Ian Owens, Director of Science at NHM, said: “We are delighted to work with Ørsted, a company that is signalling its commitment to help protect the planet, not only through its continuing and generous support of the Museum, but also through the strides it has made on its journey to become a purely renewable energy company.  Man’s impact on the environment is one of our generation’s greatest challenges, so it’s heartening to see a company striving to offer greener ways of powering the planet.”

About Ørsted
Ørsted is a renewable energy company that takes tangible action to create a world that runs entirely on green energy. Ørsted develops, constructs and operates offshore wind farms across Europe, Asia and the US, develops and operates bioenergy plants, innovative waste-to-energy solutions and provides smart energy products to its power distribution and energy customers. Headquartered in Denmark, Ørsted employs 5,800 people worldwide, including over 900 in the UK. Ørsted’s shares are listed on Nasdaq Copenhagen [Orsted]. In 2016, the company’s revenue was DKK 61bn (EUR 8.2bn).

The UK is our biggest offshore wind market with nine wind farms already operating. To date, we have invested £6 billion in the development of UK offshore wind farms and plan to double that by 2020. We are committed to ensuring that our presence contributes to sustainable growth and development.

As part of this commitment, Ørsted has a number of educational initiatives to inspire young people to access the growing offshore wind industry and develop the skills they need for a bright future, including:

About The Natural History Museum

The Natural History Museum exists to inspire a love of the natural world and unlock answers to the big issues facing humanity and the planet.  More than five million people visit the sites in South Kensington and Tring every year, and the website receives over 500,000 unique visitors a month. It is a world-leading science research centre, and through its unique collection and unrivalled expertise it is tackling issues such as food security, eradicating diseases and managing resource scarcity. www.nhm.ac.uk