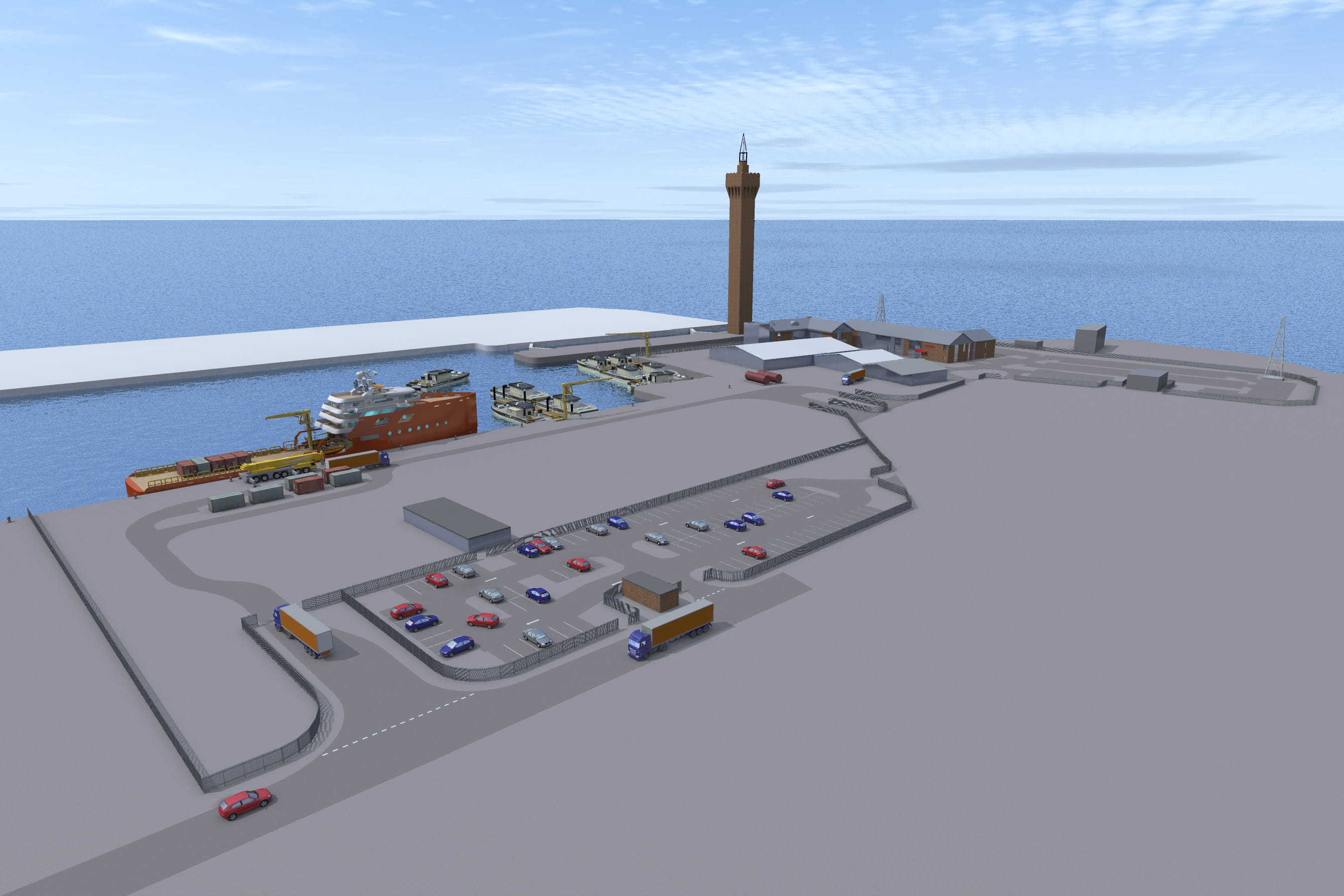 The Ørsted East Coast Hub, as it will be known, will be the UK’s largest offshore wind operations and maintenance facility and will serve some of Ørsted’s east coast projects, including the world’s biggest offshore wind farms.

Based in Hull and working across Yorkshire and Lincolnshire, Hobson & Porter has built a strong and sustainable relationship with Ørsted, with the construction of the new operations centre representing its fifth contract with the global leader in offshore wind.

In December 2014, Hobson & Porter completed the operations base and warehouses for Ørsted, formerly DONG Energy, to service its Westermost Rough and Lincs offshore wind farms. The contract involved the construction of a two-storey office building and the refurbishment of an existing warehouse at Grimsby’s Royal Docks building to provide an onshore base for the offshore wind farm. This new contract signals a substantial extension to the existing facility to create a world-class offshore wind hub.

State-of-the-art Service Operational Vessels (SOVs), supplied by Østensjø Rederi and designed by Rolls-Royce, will operate from the new hub. Once mobilised, the SOV will spend up to 28 consecutive days on station at the wind farm, where it will be able to service six to eight wind turbines each day.

“We are delighted to expand our presence in the Humber region even further. Offshore wind is a major economic engine for the Humber region, and this multi-million-pound investment demonstrates our long-term commitment to the area.

“Ørsted is building the biggest windfarms in the world off the Yorkshire Coast, Hornsea Projects One and Two, which combined have the capacity to generate clean energy for well over 2.3 million homes. We are proud to award the contract to a UK firm with a strong, local UK supply chain. This state-of-the-art facility will be the base for the hundreds of workers both constructing these projects, and operating and maintaining the projects we already have in the area.”

The extension at Grimsby Royal Dock has been possible thanks to close co-operation with the landowner, ABP Grimsby, as well as consultation with North East Lincolnshire Council.

“Our appointment as principal contractor for the new project with Ørsted in Grimsby is exciting and marks the next phase in our working relationship. It is the result of a great deal of hard work on the part of our team, enabling us to gain a thorough understanding of Ørsted’s ambitions, methods, standards and requirements at its East Coast Hub in Grimsby.

“One of our strengths as a long-established Humber-based company is our local supply chain, which means we are extremely well resourced to deliver a project of this scale and complexity. This is a great advantage, and one which has proven its worth time and time again.”