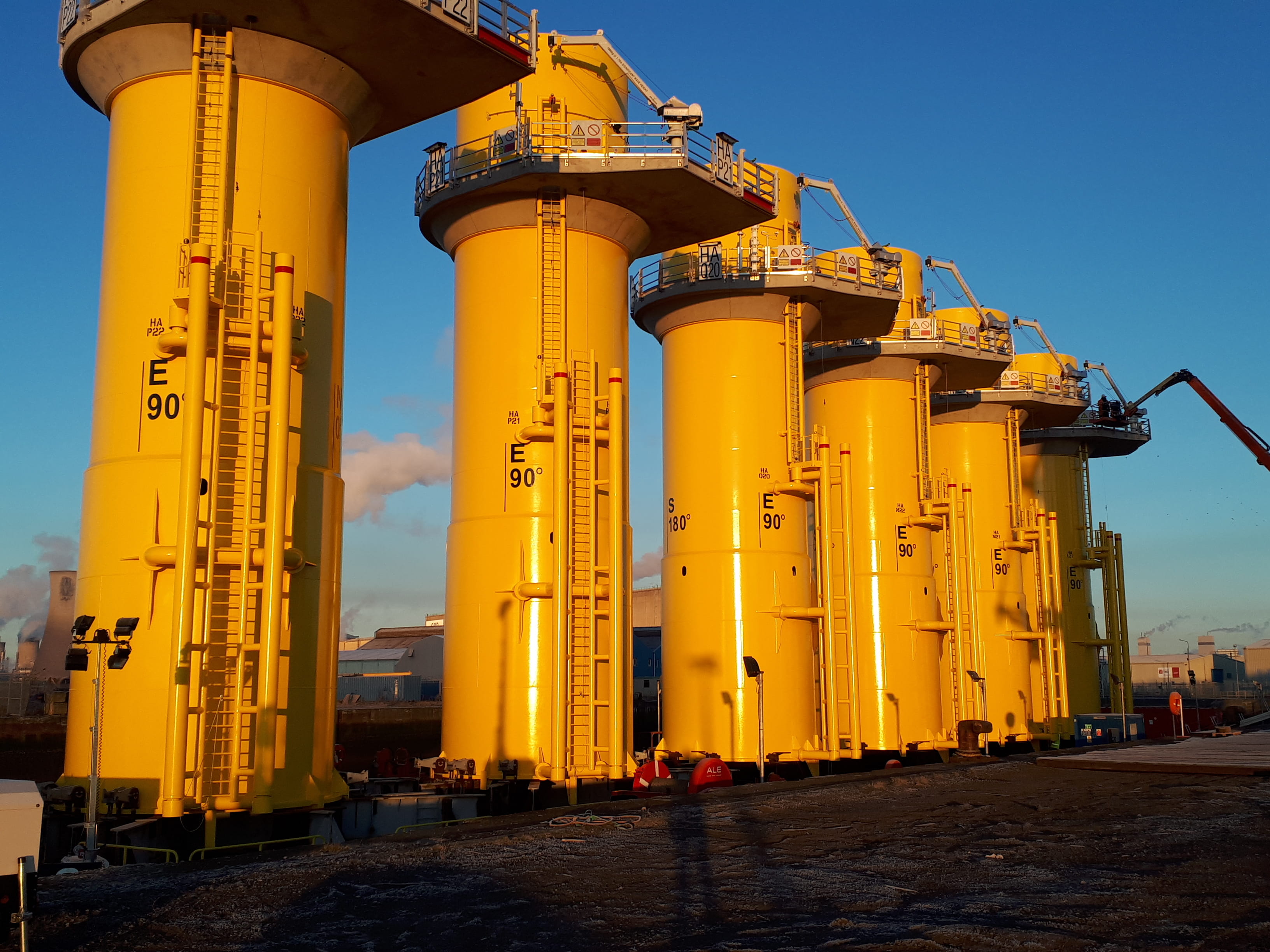 At 1.4 GW, Hornsea Two will overtake its sister project Hornsea One as the biggest offshore wind farm in the world when operational in 2022. It will be capable of supplying well over 1.3 million UK homes with clean electricity.

The news comes on the second day of Global Offshore Wind, an international industry conference, at which the UK Offshore Wind Industry Council launched a new programme to encourage UK suppliers to take advantage of the growing clean-tech industry.

The multi-million pound contract means that a further 30 Transition Pieces (TPs) will be manufactured at EEW OSB, a specialist facility in Teesside that employs around 180 people.

EEW OSB will roll primary steel, weld, coat & paint the tubular structures as well as fit them out internally with secondary structures. This order represents its fifth project with industry leader Ørsted.

Duncan Clark, Programme Director for Hornsea Two, said: “EEW OSB shows how UK companies can benefit from offshore wind. The facility, based on Haverton Hill in Teesside, has steadily been winning contracts in offshore wind and developing its business since its revival in 2015, and is one of an increasing number of UK firms growing their businesses as the global offshore wind market expands.

“We’re delighted to be working with EEW OSB again and this contract is an example of the Sector Deal in action. By placing successive orders which allow continuous production, we can provide suppliers with the opportunity they crave, to drive their continual improvement and develop a sustainably competitive market position based on productivity and efficiency. This will secure jobs and investment in facilities up and down the country, and by creating long-term relationships we are not only able to work with them on our UK projects, but also enable them to export too.”

Sascha Hofmeister, Managing Director of EEW OSB said: “Thanks to the first TP orders from Ørsted for their offshore wind farm projects Burbo Bank Extension and Walney Extension, the plant has been able to achieve good capacity utilisation since production started in 2015.

Subsequent orders for Hornsea One and Borssele 1 + 2 offshore wind farms has kept steady production, and Ørsted has now announced that EEW SPC has been awarded the contract for a further 30 transition pieces for Hornsea Two, demonstrating our valued relationship. This guarantees capacity utilization until mid 2020 and secures the jobs of more than 180 employees, allowing us to continue to develop the capability and competitiveness of our Haverton Hill facility.”

EEW OSB specialises in offshore steelwork, including the fabrication of the striking yellow TPs, which link the monopile foundations of offshore wind turbines with the towers, incorporating key infrastructure to access and maintain the wind farm. Each one weighs 400 tons, around five times as heavy as a space shuttle.

The Teesside yard, previously owned by TAG Energy solutions, was reported as insolvent in 2014, with the loss of around 100 jobs.

In 2015, it was taken over by Bladt Industries and EEW, who formed Offshore Structures Britain (OSB).

In November 2017, EEW SPC took full ownership of the facility, and now operating as EEW Offshore Structures Britain Ltd. (EEW OSB), in the same month Ørsted announced that EEW OSB would manufacture some of the TPs for Hornsea One, which will overtake Walney Extension as the largest, and thanks to this culmination of orders, the facility won its first export contract through Ørsted for Borssele 1 + 2 last year.

The deal for Borssele 1 + 2 was highlighted by the Department for International Trade as part of the Dutch State Visit. https://www.gov.uk/government/news/more-than-500-jobs-and-5m-investment-by-uk-fintechs-as-uk-dutch-trade-relationship-goes-from-strength-to-strength