Over 3,000 runners took to the streets of Grimsby this week for the fourth annual Ørsted Great Grimsby 10K. 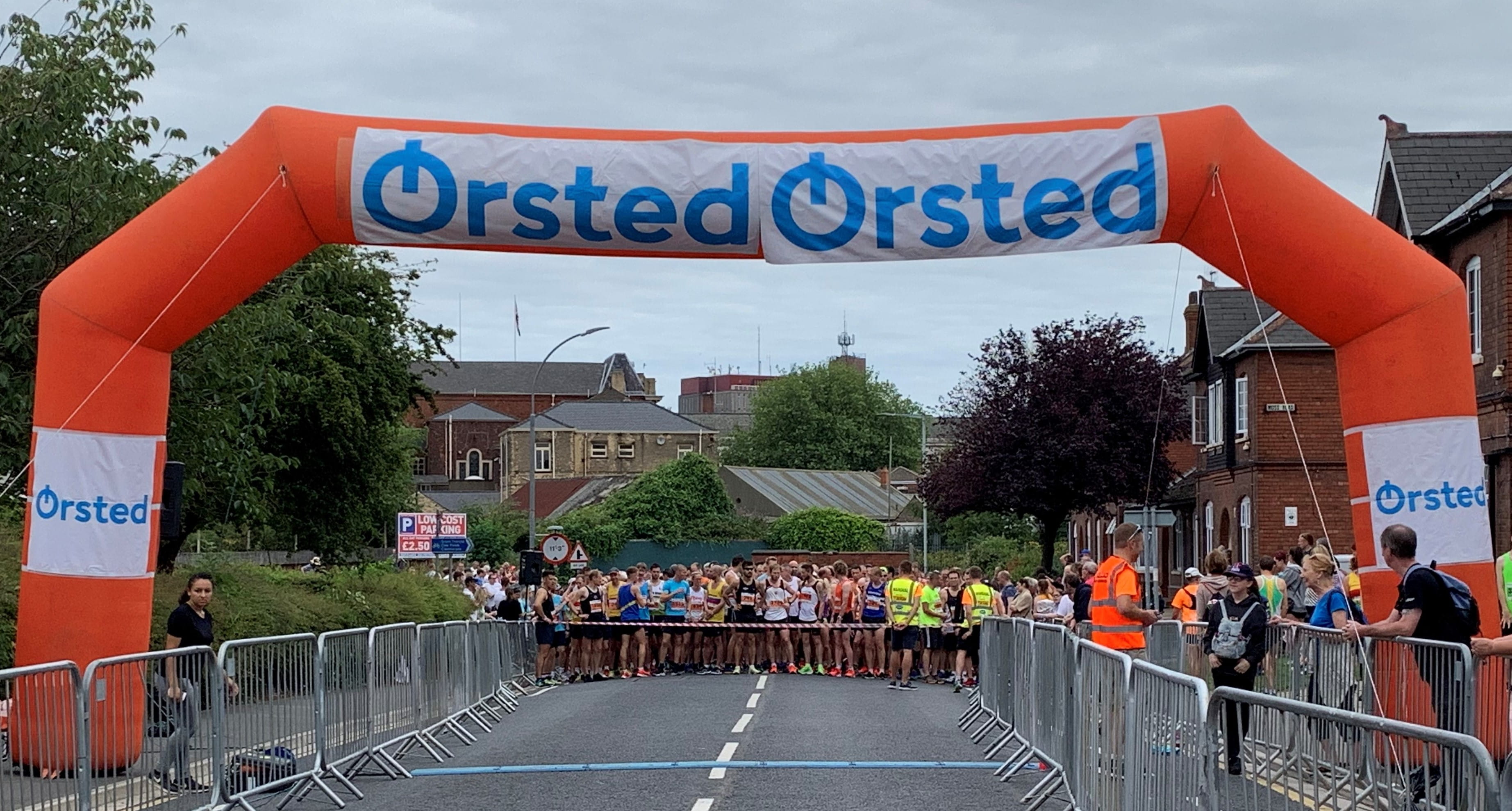 The event, which started at Grimsby’s town hall, took runners up through Bargate and on a tour of Scartho, down Louth Road and across the New Waltham bypass. After a long straight stretch down Peaks Parkway, runners finished their race at People’s Park.

The streets were adorned with applauding spectators and many event goers fed back that they felt supported by their community.

Ørsted Technical Site Supervisor, Aaron McNish joined in with the event for the first time this year and said: “The public support was fantastic on the day. Everyone cheered you as you passed and it felt like the whole of Grimsby was out to support us. There was a real feel of team camaraderie as well and my colleagues were so keen to support each other before, during and after the race.”

As an extra activity, headline sponsors Ørsted also hosted a family friendly adventure trail at the finish line in the park. The new addition was well received by children and parents alike, as upon completion of the trail, they were awarded with a free children’s book which aims to open up a conversation about climate change. A digital version of the book is also available for free online here.

Ørsted is a renewable energy company whose vision is to create a world that runs entirely on green energy. A fitting strapline for a race t-shirt and the inspiration for the creation of the children’s book called, “Is This My Home?”

Having set up a base in Grimsby in 2014, the location now hosts around 350 employees, 83% of which live within an hour of their workplace. Darren Ramshaw, Head of Ørsted’s East Coast Hub in Grimsby said: “The majority of our workforce here in the Grimsby office live locally and it’s so important for us to give something back to our colleagues’ community. There was such a vibrant atmosphere down at the finish line and it was wonderful to see children so keen to learn about the effects of climate change in an empowering way.”

With another year of committed funding from Ørsted, race organisers Tape2Tape hope that the 2020 event will once again bring droves of people across to the town, to take part in what has become a much-loved local spectacular.