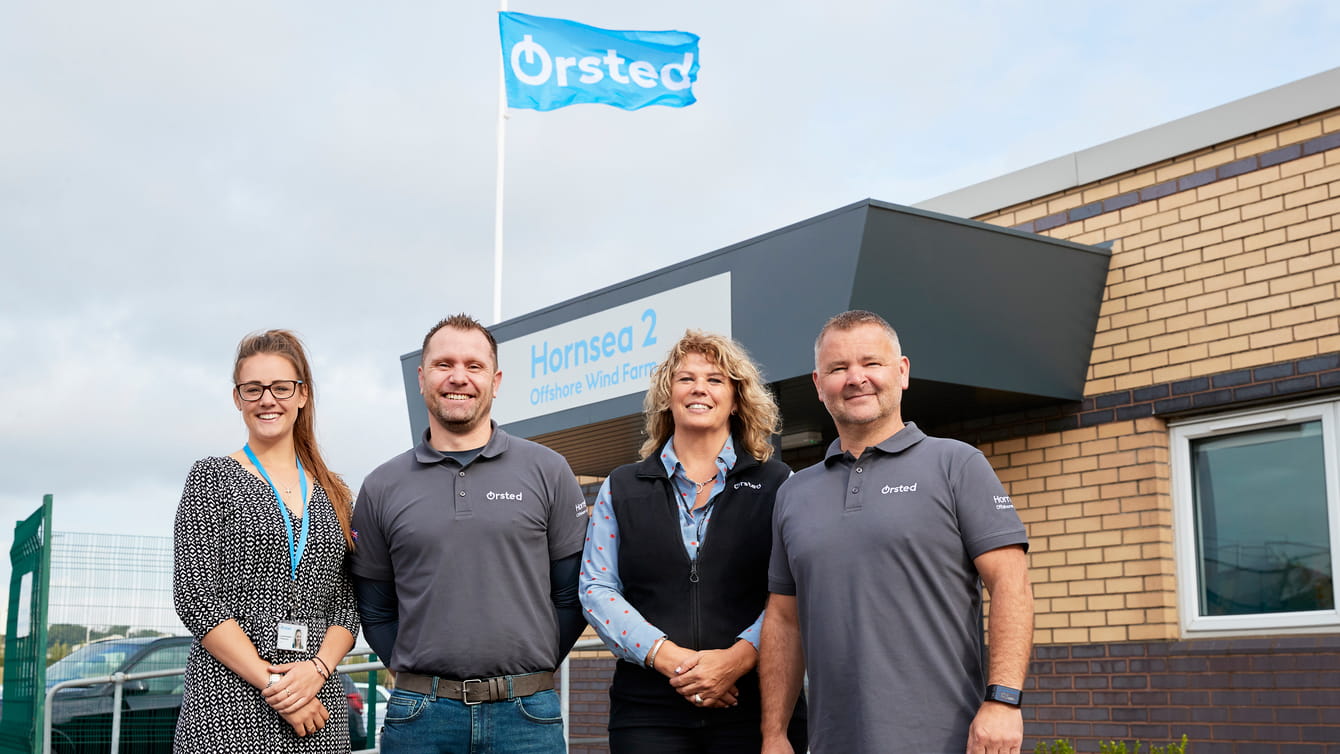 The building, formerly a police station at the airport, will now house around 30 Ørsted employees who will be working around the clock to construct another record-breaking offshore windfarm.

Hornsea Two, located 89km off the Yorkshire Coast, will be able to power over 1.3 million homes when complete in 2022 taking the title as the world’s biggest offshore wind farm.

Jason Ledden, leading the construction team as Senior Project Manager said: “The new offshore construction management office is the ideal location for our logistical project planning, and means we can move people and equipment offshore efficiently and safely using the heliport at Humberside airport. Not only have we been able to repurpose and redevelop a building that had fallen empty on the airport estate, we’ve also been able to utilise equipment and furniture from some of our previous projects in the region to ensure the build is sustainable and continue Ørsted’s green ethos.

“Hornsea Two is the latest ground-breaking offshore wind farm being constructed by Ørsted and the innovation behind each new site is astounding. I’m so proud to be able to work on such a flagship project which will bring even more clean energy to the country.”

Onshore cable works have begun, undertaken by Preston-based VolkerInfra, and construction of the onshore substation is progressing. Most of the major contracts have now been awarded and offshore construction is due to begin 2020.

All 165 turbines are being supplied by Siemens Gamesa, with the majority of blades being manufactured at their facility in Hull.

Despite having fewer turbines than sister project Hornsea One, the project will use a newly manufactured larger blade to generate more power. The blades have been specifically developed for the site by the Siemens Gamesa site in Hull and are around the same length as 10 busses.

Working closely with Siemens Gamesa to develop these larger blades, Ørsted continues to pave the way in developing and constructing world-leading projects to support its vision to create a world that runs entirely on green energy.

Ørsted’s East Coast Hub – the world’s largest operations and maintenance based, located in Grimsby is expected to open later this month.