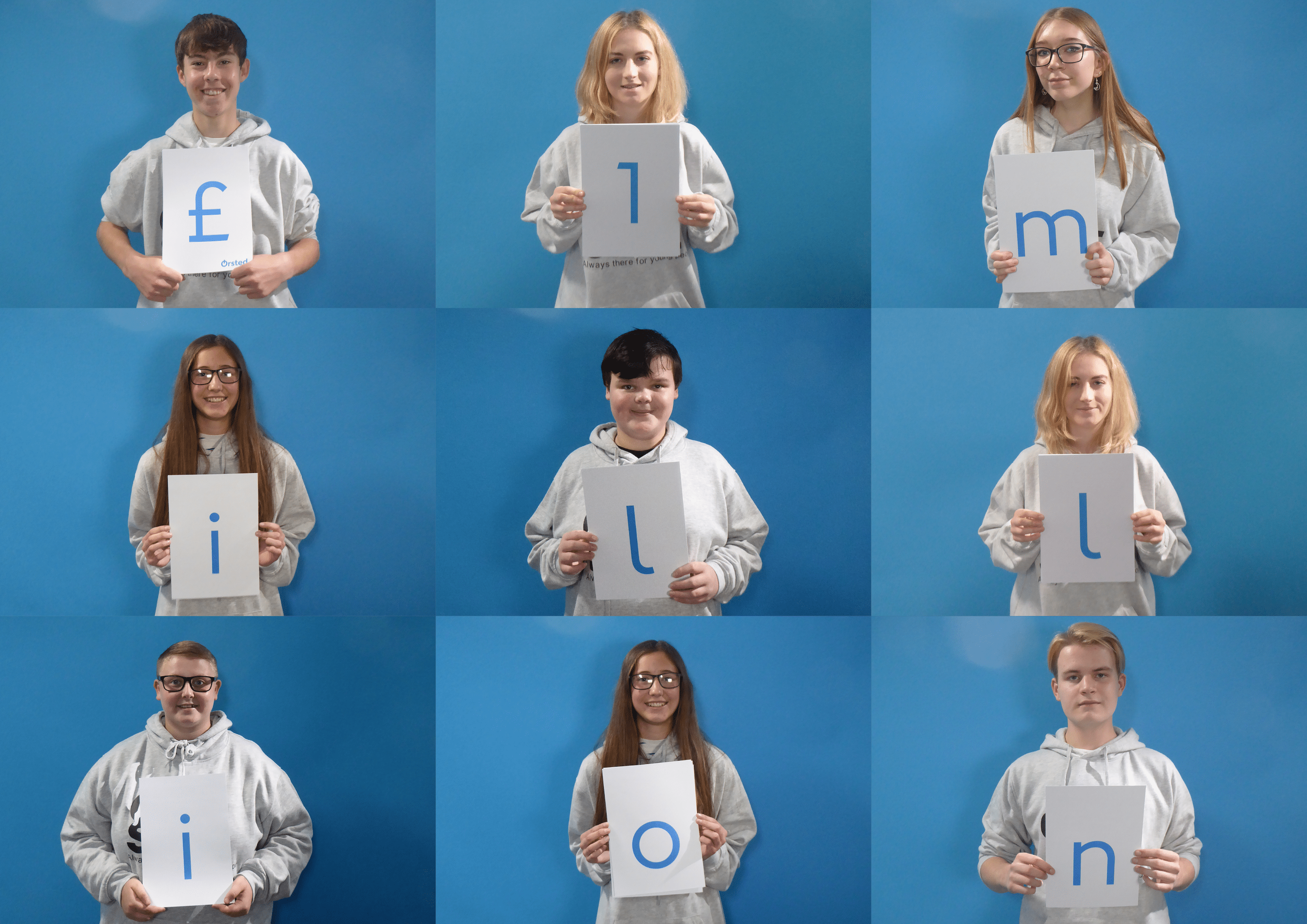 Leading renewable energy provider, Ørsted has joined forces with national youth charity OnSide in a new partnership and will invest £1 million in a Youth Zone that will support thousands of young people in Grimsby over the coming years, as part of the town’s ambitious regeneration plans. The new Grimsby Youth Zone will join a growing network of Youth Zones - state-of-the art, purpose-built youth centres designed to inspire and support young people - already developed by OnSide in 14 areas nationwide.

As part of a collaborative plan to turn Grimsby’s vision of regeneration and aspiration into reality for the next generation, Ørsted will work with OnSide, and local project partners to provide funding over five years that will support thousands of young people.

Grimsby Youth Zone will open 7 days a week and engage with over 4,000 young people in its first year of operation. It will be a safe space for Grimsby’s young people to go in their leisure time, providing inspirational opportunities and a listening ear from trained youth workers that will support them to lead healthier, happier and more aspirational lives.

Ørsted’s £1million donation will give young people a choice of over 20 activities to enjoy every day, including indoor climbing, sports, arts, drama, music, media, cooking and more. It will also support the Youth Zone’s Employability and Enterprise Programme, which will see specialist youth workers and partners support young people who are not in education, employment or training to gain the confidence, skills and experience they need for the future.

Energy Minister Kwasi Kwarteng said: “It is great to see Ørsted working with the new Youth Zone in Grimsby to support and empower young people and invest in their green jobs for the future.

“This donation will be of great benefit to the people of Grimsby, and a good example of a company investing in the future not just of the organisation itself but of the community which it has become such a vital part of.”

As the Youth Zone develops, there will be volunteering opportunities for Ørsted colleagues to commit their time to local community events, together with the young people in order to make a difference to the town.

Once open, the Youth Zone will create over 50 jobs and provide a range of volunteering opportunities for local people.

The funds have been committed by Ørsted as the company brings to fruition the world leading offshore wind farm projects, Hornsea One and Hornsea Two. The construction and operation of both wind farms has been led from Ørsted’s East Coast Hub in Grimsby and have brought about employment opportunities in the area.

Duncan Clark, Ørsted Head of Region UK said: “Ørsted has been based on the port in Grimsby for six years now. With the recent completion of Hornsea One, now the world’s largest offshore wind farm, and with construction underway for Hornsea Two, we were keen to help the community realise a project that underlines our long-term commitment to the town and has a meaningful, long-term impact for the people living here.

“The Youth Zone will bring hope and aspiration to the young people of Grimsby who will have so many new opportunities brought to them through this new venture. Our latest apprenticeship recruitment drive saw over 500 people in the area put their name forward for a chance to work in our green and dynamic industry which shows that there’s a passion and willingness for change, demonstrated by the area’s young people.”

Tom Shutes, Chair of Grimsby Youth Zone said: “When I was first invited to be part of the Greater Grimsby Town Deal I felt passionately that young people needed to be at the heart of it. This is an extraordinary multi-generational donation by Ørsted who are such an important part of the renewable energy sector that drives the industry and innovation of tomorrow. By stepping forward in this way, they are playing an important role to enable thousands of young people in Grimsby to discover their talents, develop their skills and realise their full potential. On behalf of Grimsby’s OnSide Youth Zone – thank you!”

Philip Jackson, Leader of North East Lincolnshire Council, said: “This is a fantastic donation from Ørsted, a company which has really embedded itself in the fabric of the whole area since choosing to base themselves in Grimsby. The Youth Zone will mean so much to the young people of our towns. Delivering the Greater Grimsby Town Deal is a major part of our work, and it’s thanks to the dedication of people and organisations involved that we’ve reached this point. I’m delighted to be working with colleagues from across these organisations to bring about major changes for North East Lincolnshire and help to deliver a brighter future for our residents and businesses.”

The announcement event also saw the launch of Ørsted’s latest video, Building our Future. The short film showcases local people who are proud to live and work in the area and who are also seeing the difference that renewable energy is making in the town of Grimsby. You can watch the video here: http://bit.ly/VideoYZ

Explore the benefits of offshore wind