Ørsted has signed a multi-million pound deal with Scottish engineering innovator Pict Offshore to deploy the ‘Get Up Safe’ (GUS) motion-compensated lifting system at the Hornsea Two offshore wind farm. 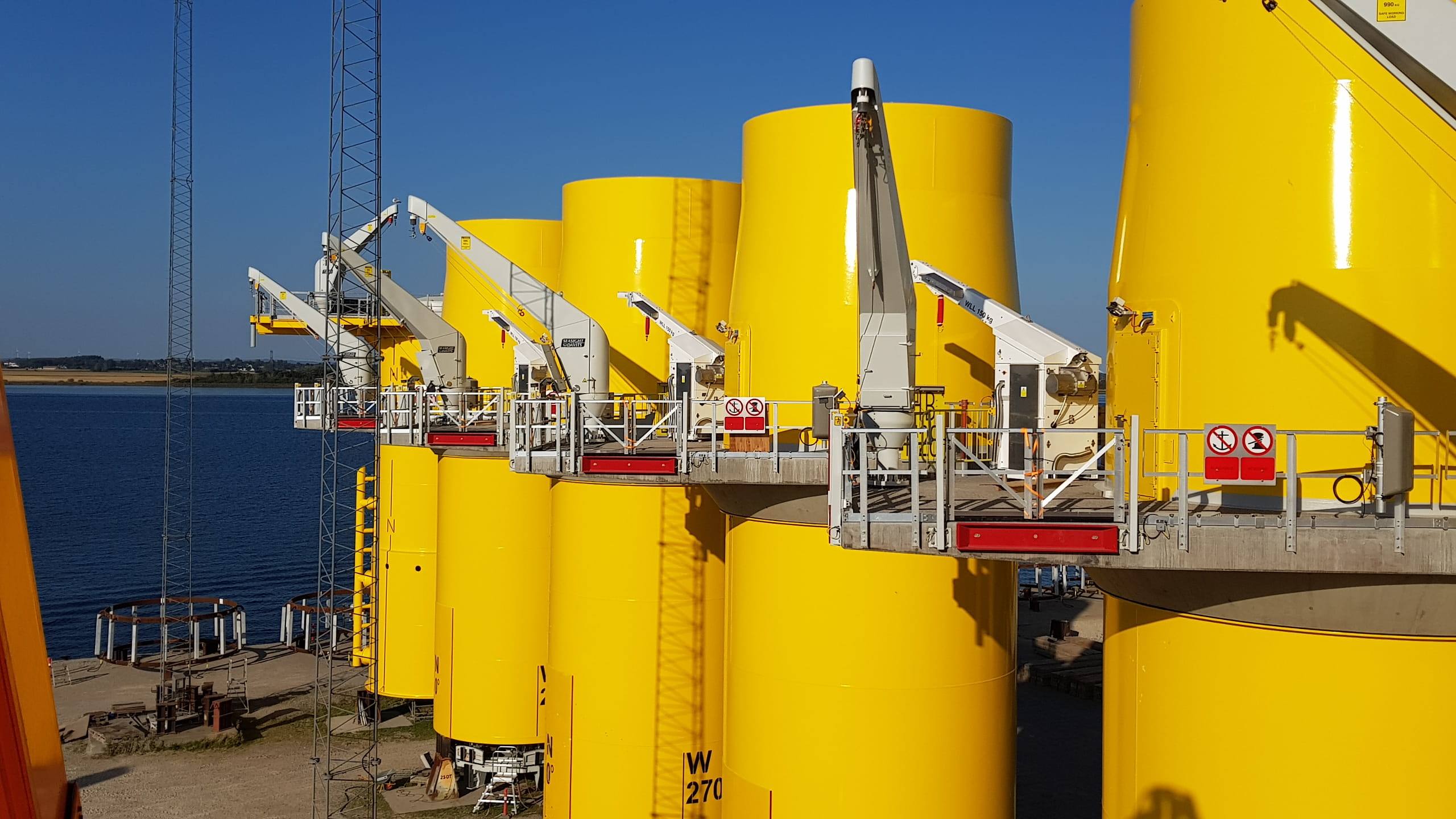 The deal with Pict Offshore means that Hornsea Two, which will become the world’s largest offshore wind farm on completion in 2022, will be the first ever offshore wind farm to deploy the GUS system and entirely design out the boat landing structures and ladders on the turbine’s foundations.

The addition of the revolutionary GUS system onto each of its 165 wind turbines means external ladders are no longer necessary, streamlining the foundation and reducing steelwork requirements – boosting both safety and the potential for construction and through-life cost reductions.

With the GUS system in place, technicians will be lifted and lowered directly between crew transfer vessel and the platform. This removes the need for technicians to step between the bow of the vessel and the ladder; a potentially dangerous operation that requires skilled co-ordination to be carried out safely during variable weather conditions, and eliminates a tiring climb, which can be up to 20 metres in length.

The GUS systems’ active heave compensation function tracks the motion of the vessel deck and automatically adjusts the line position to ensure that transferring technicians are always kept safe, even if the vessel is moving in variable wave and weather conditions.

The project is the result of a 3-year collaboration between Ørsted, the global leader in offshore wind, and Pict Offshore, during which time, Ørsted has taken a minority stake in the company. Pict is now manufacturing the GUS systems at its facility in Inverkeithing Fife and has doubled its headcount in the past months, adding production and manufacturing capability.

Duncan Clark, Head of UK Region at Ørsted, said: “Innovation continues to be a key driver behind the success of offshore wind and the UK is leading the way through engineering innovators like Pict Offshore. Hornsea Two is set to be another ground-breaking offshore wind project and showcases how far the industry has come in terms of size, scale, knowledge and ambition. At the heart of this ingenious engineering is safety and the GUS system is a pioneering example of how new technology to helping to ensure the wellbeing of our technicians and project teams.”

Pict’s Managing Director, Philip Taylor, said: “With this deployment, Ørsted is living up to its reputation as a visionary renewable energy player. The decision to deploy the GUS system at Hornsea Two is a bold and transformative move designed to both increase safety and reduce costs for the next generation of offshore wind farms.” He went on “With other offshore wind developers now taking a strong interest in the system, we hope that it’s a vision that will be shared by the industry”.

Head of low carbon transition at Scottish Enterprise, Andy McDonald, said: “It is great to see Pict Offshore reach the next stage of progression to produce hoists for the offshore wind industry and in turn provide a shift change solution for wind operators in terms of delivering safer and cost effective means of transferring personnel. The initial development of the Get Up Safe technology was supported by Scottish Enterprise and it is fantastic to learn this will be deployed on what will become the largest windfarm in the world at Hornsea Two and in turn highlight Scottish innovation on an international scale.”