Wind of Hope Service Operations Vessel (SOV) arrives in the Port of Grimsby to prepare for working out at sea on the world's largest offshore wind farms. 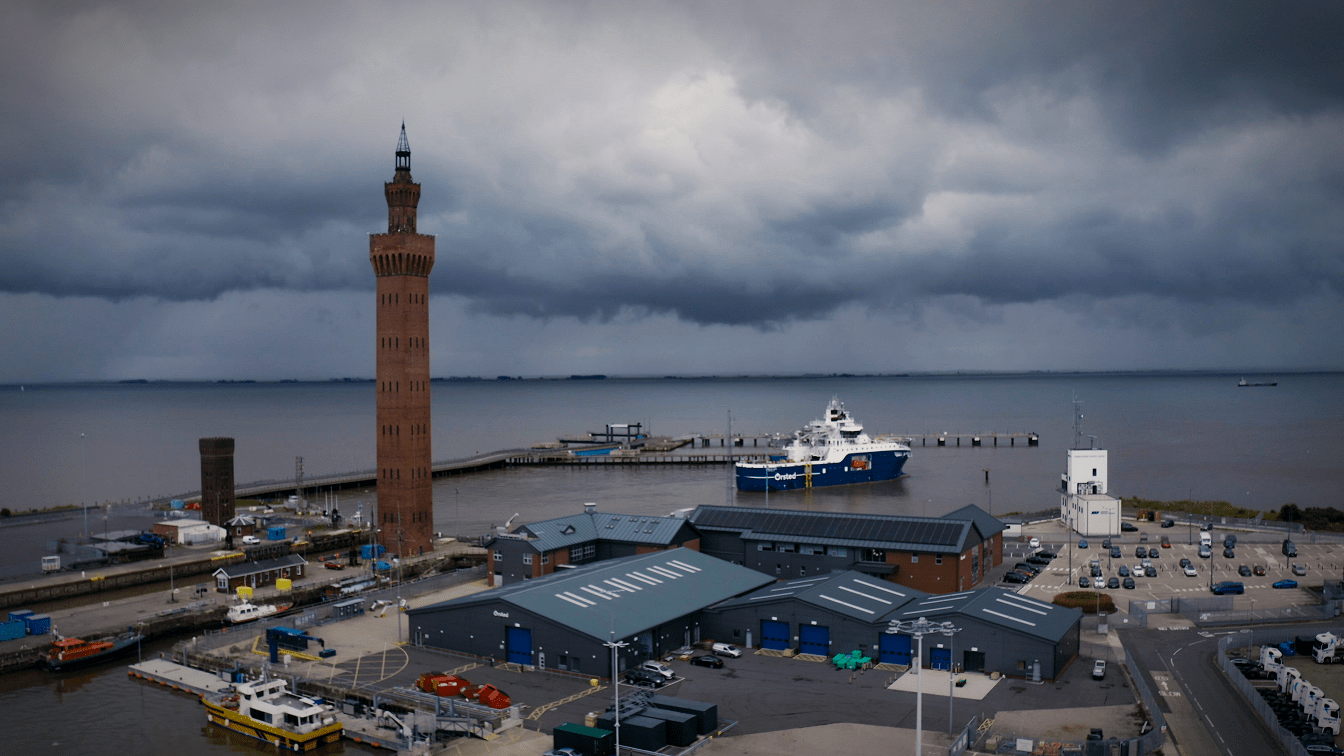 On Friday 06 August, Ørsted welcomed the arrival of its new SOV, Wind of Hope. Up to 60 of Ørsted’s wind turbine technicians will call the 84-metre vessel home for two weeks at a time, whilst they work out in the North Sea on the world’s largest wind farms.

Darren Ramshaw, Head of Ørsted’s East Coast Operations in the UK, said: “It’s a very exciting time to be part of the offshore wind industry in the UK. By the end of this year, we will have invested over £13 billion building UK offshore wind farms.

“The new state of the art vessel, the Wind of Hope, is a great addition to the East coast where it joins the fleet with the Passat and Mistral. Built by French company Louis Dreyfus Armateurs, Wind of Hope had its naming ceremony last month ahead of its voyage to the UK.”

Hornsea Two is located approximately 89km off the Yorkshire coast. When complete in 2022, it will be able to meet the electricity needs of up to 1.3 million homes per year, bringing low carbon power to the UK and ongoing stable economic growth in the Humber region.

Morten Holm, Head of Site for Hornsea Two, said: “Hornsea Two is another positive step forward to living in a world that runs entirely on green energy. The North Sea has the perfect condition of high winds and a shallow seabed.

“The SOVs are integral in keeping our colleagues safe and healthy whilst at work. Onboard the Wind of Hope is a modern gym, cinema room, hospital and accommodation for 90 people. We have onboard chefs who keep our wind turbine technicians energised and healthy, including pancakes on a Saturday!”

Wind of Hope has been conducting sea trials as it gets ready to work out at the Hornsea sites. Although primarily intended for use during operations at Hornsea Two, set to become the world’s largest offshore wind farm on completion in 2022, the vessel will first be used at Hornsea One wind farm – the world’s current largest.