The agreement between Ørsted and ESVAGT is a display of commitment from both companies to the decarbonisation of the maritime industry and will help reduce emissions from offshore operations. 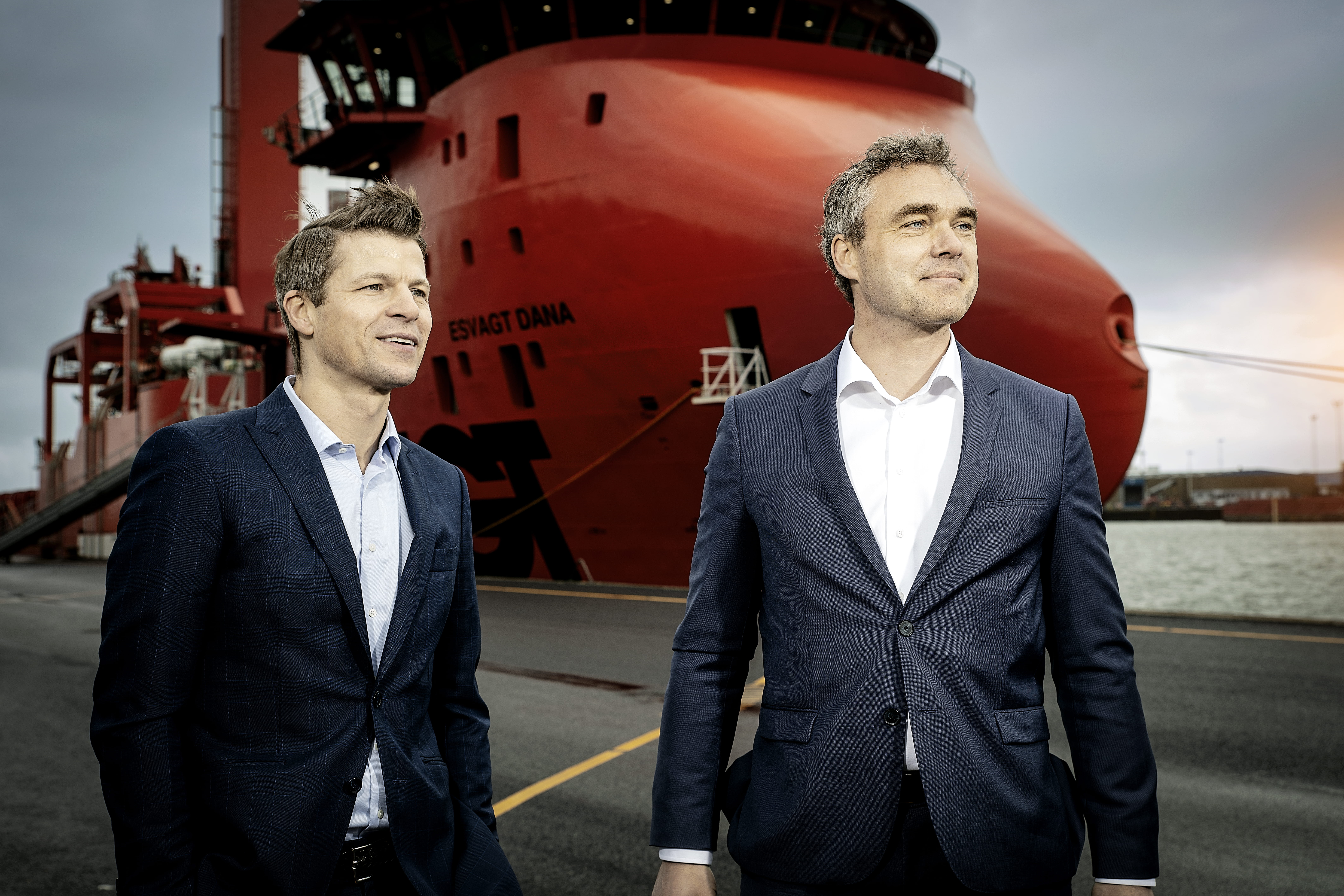 Renewable energy offers a clear path to reach the Paris Climate Agreement’s target of limiting temperature increases to 1.5 °C. However, some sectors – like the maritime sector –face a steeper road towards the target. The maritime sector will need new renewable fuels to reach climate neutrality, and it will need industry leaders to lean into new innovative solutions.

Today, Ørsted and ESVAGT are taking a bold step to help decarbonise the maritime sector as well as the offshore wind industry.

As part of a new pioneering agreement, Ørsted, the world leader in offshore wind, and ESVAGT, a market leader in service and support for offshore wind, have decided to invest in the world’s first service operation vessel (SOV) that can operate on green fuels. The SOV will be powered by batteries and dual fuel engines, capable of sailing on renewable e-methanol, produced from wind energy and biogenic carbon, which will lead to a yearly emission reduction of approx. 4,500 tonnes of CO2.

The maritime sector urgently needs new green fuels, which today come at a higher cost than the fossil-based alternatives. By ordering the new SOV, Ørsted and ESVAGT are showing their commitment to a green maritime sector and helping create the needed demand to accelerate to cost reductions of green fuels for the maritime industry. The investment decision also sends a clear signal that the future for both service and installation vessels is green. For the new SOV, Ørsted intends to supply the e-methanol.

An offshore wind farm already has 99 % lower emissions than a coal fired power station, seen over the entire lifetime of the asset, including production, construction, and installation. Today’s announcement between ESVAGT and Ørsted will be a step on the way towards mitigating the remaining emissions. Furthermore, the decision to invest in the new green fuel SOV supports Ørsted’s target of becoming carbon-neutral in its energy generation and own operations by 2025 and is a tangible example of the company’s decarbonisation journey towards its science-based target of reaching net-zero emissions across the full value chain by 2040. Ørsted is the first energy company in the world with a science-based net-zero target, validated by Science Based Targets initiative.

ESVAGT will start building the vessel in the second quarter of 2022. Once commissioned by the end of 2024, the SOV will start servicing the world’s largest offshore wind farm, Hornsea 2, off the UK’s east coast.

“As the world leader in offshore wind, it’s natural for Ørsted to take the lead in driving out fossil fuels from the industry. We’ve set clear targets and a clear direction towards net-zero emissions, and this new methanol-powered SOV is a tangible proof of our clear commitment to realise these targets. The agreement with ESVAGT checks many boxes for us, as it both helps decarbonise our offshore operations while also demonstrating our strong belief that green fuels based on renewable energy is the most viable solution to create a green maritime sector.”

“This is an important milestone with real meaningful impact on the green transition. Ørsted and ESVAGT share an ambition for a sustainable future, and as an industry leader we’re committed to taking the lead in decarbonising the maritime industry. We’re delighted and proud to be able to take this bold step together with Ørsted towards making offshore wind marine solutions fossil free with an innovative new solution.”

Over the past two years, Ørsted has built up a diverse portfolio of green fuel projects, three of which focus on producing e-methanol for maritime transport. The portfolio includes a newly announced project on the US Gulf Coast, which will supply 300,000 tonnes of e-methanol for A.P. Moller – Maersk’s fleet of zero-emissions vessels, as well as the projects ‘Green Fuels for Denmark’ and FlagshipONE in Sweden. Both projects can supply around 50,000 tonnes of e-methanol for shipping in 2024-2025.

The new state-of-the-art ESVAGT SOV incorporates the newest technologies. and the ESVAGT crew is highly trained and enabled by digital tools. The SOV is designed for comfort and high workability, providing a highly efficient workspace and safe transfer of technicians at the windfarm via a motion-compensated gangway and transfer boats as well as a crane to lift heavy spare parts. As a floating home, it also offers recreational activities for the on-board crew and technicians, including fitness facilities, a game room, a cinema, and individual accommodation.  The SOV is also equipped with a helipad for fast access and transfers from shore.