CHC is flying high as contract is awarded for Hornsea Two 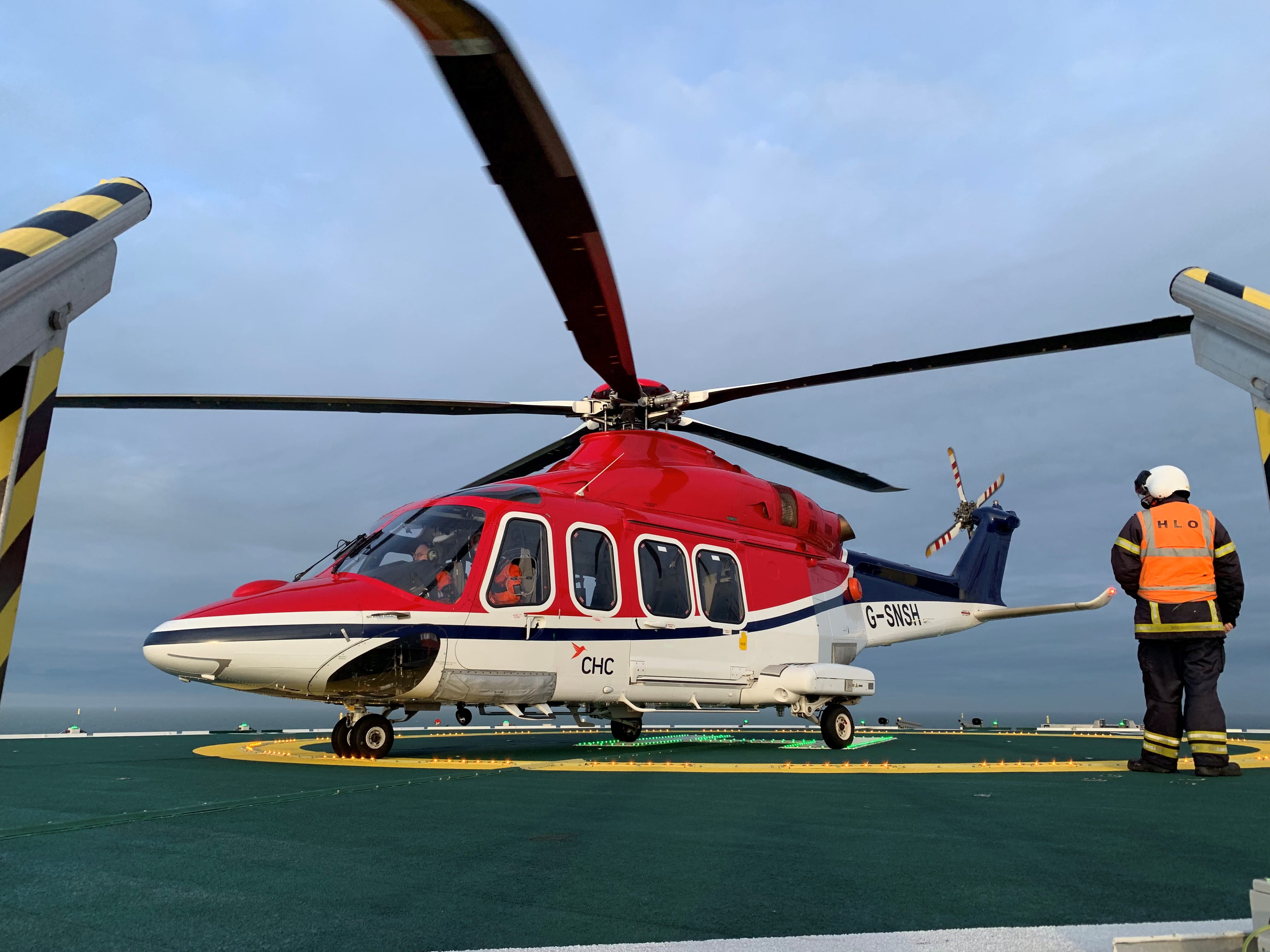 World leader in offshore wind, Ørsted have today confirmed that CHC Helicopter has been awarded the contract for aerial transportation during the construction and operations phases of its Hornsea Two offshore wind farm.

CHC will continue to work with UniFly to deliver flight operations for Hornsea One, covering the construction phase as well as the first five years of operations and maintenance of the wind farm, whilst beginning flights for Hornsea Two.

A combination of Leonardo AW139 and AW169 helicopters based at Humberside Airport in Lincolnshire, will be utilised for crew transfers and cargo flights to both the offshore accommodation jack-up barge and installation vessels throughout the 18 month offshore construction phase of what will become the world’s largest offshore wind farm.

CHC and Ørsted will also expand their current contract for helicopter transport and technician hoisting at the Hornsea One wind farm during the site’s operational phase, including the neighbouring Hornsea Two site once it is in operation.

Once complete in 2022, Hornsea Two will surpass its predecessor by generating 1.4GW of clean electricity, enough to power over 1.3 million homes in the UK.

Jason Ledden, Senior Project Manager in Construction for Ørsted said: “We are continually adapting and improving the way we work as we construct our sustainable offshore projects whilst the safety of our personnel remains of paramount importance to us. Having provided heli-services for Hornsea One offshore wind farm during its construction phase, CHC have a proven track record in this area and as such, we are pleased to work alongside partners who share our attitude towards safety and collaboration.”

In the coming months, it is expected that Ørsted will benefit from a dedicated AW139 helicopter which will provide daily flights for transferring crew.

Mark Edwards, Operations Program Manager for Ørsted said: “We are very happy to expand our relationship with CHC to cover the Hornsea Two wind farm. By working together with CHC to cover both Hornsea One and Hornsea Two, we will able to operate much more efficiently in keeping the turbines spinning and delivering over 2.5GW across both windfarms.

Mark Abbey, CHC’s Regional Director for Europe, Middle East and Africa, said: “I am delighted that we are able to continue to support Ørsted on this landmark project. It is a real privilege.

“CHC’s long-term strategy to broaden our range of services to the energy market and continue to grow our renewables service alongside our oil and gas, and Search and Rescue service. Thanks to our unique history and global expertise, we have been developing both our on and offshore wind sector business within the renewables industry.”

Located 89km from the Yorkshire coast, Hornsea Two will be made up of 165 8MW Siemens Gamesa Renewable Energy wind turbines which will be spread across a 462km2 area.